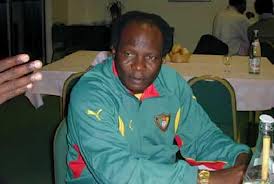 The run of Jean Paul Akono at the head of Cameroon selection is damned. According to APA reported by Afrik.com, the list of Akono was rejected by fecafoot. On last May 14, Africa Top Sports announced the publication of the 25 Lions for the match against Togo in the playoffs of the 2014 Brazil World Cup. It is a list that is dismissed, as a new coach should be elected in a few hours.

Until then, the current coach is not formally grasped of his dismissal. “They never told me that I could no longer summon the players to the national team, otherwise they would have accused me of unprofessionalism. The call for applications does not suspend the service continuity. I even published an action plan for the coming months, not to give the impression of improvising, “said the Olympic champion.