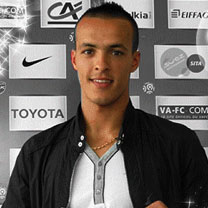 Stade Rennais is much interested in Fouad Kadir. Yesterday, the site of the magazine France Football announced a possible departure of the Algerian international of OM to Britain.
Arrived in the OM club during the last winter transfer window from FC Valenciennes for a four-year contract, Kadir has not received a sufficient enough playing time.
For the Fennec midfielder, this trip to UK, as a loan, would allow him to have the playing time that requires Vahid Halilhodzic to align him more regularly with the Desert Foxes.
But according to La Provence, the Algerian midfielder has clearly expressed a desire to stay on the Canebière again this season to hope to be imposed. The 29-year-old thinks that if he continues to give everything, as he has done since he signed for OM, then the wind will turn and he will be able to win.