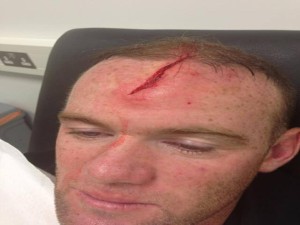 Injured at the head in training Saturday; Wayne Rooney was unable to participate in the defeat of his team Sunday in the Premier League against Liverpool (0-1). But this injury that occurred some hours from the closing of the summer transfer window and knowing the desire of Mourinho to recruit the player has raised a wave of speculation.

To put an end to the rumors, Manchester Unietd striker published Wednesday on his official Facebook page images of his injury. We can see such a big bloody gash on the forehead of “Wazza”. Not very nice.

Rooney is also withdrawal for two games of England in the qualifying for the 2014 World Cup. 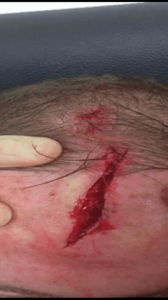