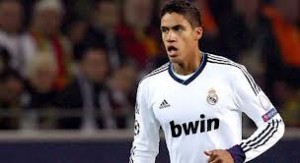 Raphael Varane play again this Tuesday. The young Real Madrid defender unavailable since May and a meniscus injury followed the collective training.

The French, who has not played a single game this season, has used the international break to push the leather. Loved by his former coach Jose Mourinho, the 20-year-old Martinican made impression last season with his serenity in the merengue defense. He played 26 games, including 15 in La Liga. That earned him the call-up to the team A of France and his first selection on 22 March 2013 (France-Georgia 3-1 World Cup qualifers).

Varane will have to convince during the workouts the new coach of Real Madrid, Carlo Ancelotti to find a holder place.