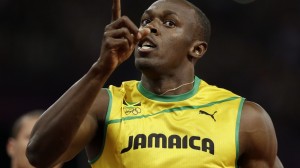 Usain Bolt had suggested, on the sidelines of the meeting in Brussels that he could hang up after the Olympics in Rio-2016. But then, this decision of the six times Olympic champion raises several disapprovals. The world of athletics as well as the business is not ready to accept him. Also the Jamaican should continue on the track at least until 2017 for the world championships in London.

“My sponsors and everyone wants me to go then I sat and I thought about it, said the eight-time world champion. Maybe I will continue one more year, and please everyone. My fans also say that I have to go, so I think I’ll do it another year. “

Before the Olympics in Rio, the 27 year old sprinter could line up for the Commonwealth Games in Glasgow in 2014, AFP reported: “I told my coach that I want to go. I want to inspire people; they should realize that anything is possible with hard work. It is important to share my story with them. “