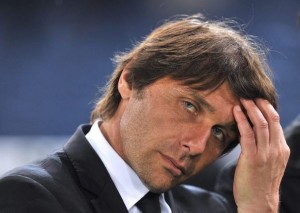 Juventus players will be fined and suspended for one month if they follow Andrea Pirlo’s example by going straight to the dressing-room after being substituted, coach Antonio Conte said on Tuesday.
Pirlo himself, however will not be sanctioned for his behaviour in Sunday’s 2-1 win over Hellas Verona, when he walked straight past the team bench and into the tunnel after being replaced in the 65th minute.
“No explanation is needed for the simple fact that Andrea could do it,” Conte told reporters when he was asked about Sunday’s incident involving the 34-year-old playmaker. “But now we have established a rule; when a player leaves the pitch, unless it is for medical treatment, they should watch for the end of the game with their team mates.”