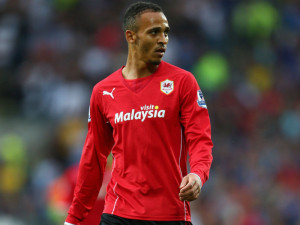 It was goals galore  with African Internationals this weekend in the major fives in Europe. Mention to the Senegalese Pape Souaré and Idrissa Gueye and the Ivorian Salomon Kalou who secured victory in Lille. Cheikh Diabate again saved Bordeaux.

Peter Odemwingie is gradually taking his brands with Cardiff City. The Nigerian striker scored his second goal on Saturday with his new team but his first in the Premier League. However insufficient against Newcastle dominating 2-1 thanks to a brace by Loic Remy.

Mainz came out of a bad situation against Hoffenheim. Led 2-0 at 10 minutes to the end, the FSV got back to the score twice late in the game . Thanks to a first score reduction of the Cameroonian Eric Choupo -Moting.

Eintracht Brunschwig got their first win of the season in the Bundesliga . The promoted won 2-0 on the lawn of Wolfsburg , thanks to the opening goal by Moroccan Karim Bellarabi . The Congolese Dominick Kumbela increased the score.

We finally found Ryad Boudebouz. Since his arrival in Corsica, the Algeria has made one of his best games Friday against Lorient ( 4-1). He scores and caused a penalty transformed by the Tunisian Wabhi Khazri. Boudebouz concluded his performance with an assist on the 4th goal of Bastia by the Ivorian Koffi Romaric. 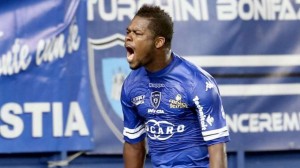 Lille can say thank you to his Africans. To a 3-0 victory over Ajaccio, the Danes were able to rely on their three Africans aligned by input. The Senegalese Pape Souaré opened the scoring and was imitated by his compatriot Idrissa Gueye. Then late in the game, the Ivorian Salomon Kalou scored his 3rd goal in nine games.

Toulouse won a valuable victory over Nice (1-0). The only goal of the match was scored by the Franco -Tunisian Wissam Ben Yedder.

Nantes continued their early season barrel. Another victory of the Canaries 3-0 over Evian Thonon Gaillard especially with an assist from the Togolese Serge Gakpé and a goal by the Senegalese, Papy Djilobodji .

Guingamp won the Brittany derby against Rennes 2-0. With the 5th goal in nine matches of the Malian Mustapha Yatabaré.

Two African scorers in the game Reims – Valenciennes (1-1). The Congolese Prince Oniangue scores for the Champagne before the Central African Eloge Enza – Yamissi equalized late on. 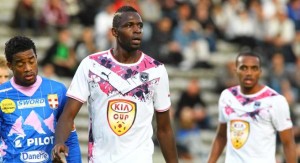 Bordeaux trashed Sochaux 4-1 and owe flowers to their Malian striker Cheikh Diabate. He gets a penalty converted by the Senegalese Henri Saivet before making a double.

Andre Ayew has shown up in the first Clasico of the season Sunday between OM and PSG. The Ghanaian scores from a penalty spot in the 35th minute (his 2nd goal of the season ) . But in the second period, he commits a penalty on Marquinhos, offering the winning goal to Ibrahimovic .

Gervinho was performing again during the shock Inter Milan – Roma (0-3). The Ivorian has issued a first assist for Totti before causing a penalty converted by the same Totti.

Sulley Muntari can get to the selection with confidence. But the double-score of the Ghanaian with AC Milan has been useless Sunday against Juventus. 3-2 victory for Juventus. 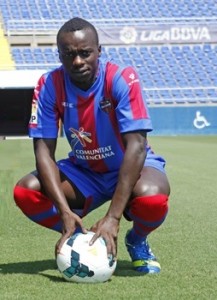 Baba Diawara and Nabil El Zhar caused many problems to Real Madrid on Saturday. The Senegalese and the Moroccan scored for Levante and put in difficulty the White House which has had its salvation thanks to Cristiano Ronaldo in the final moments of the match.

Didier Drogba scored again with Galatasaray but his goal was not sufficient. His team lost 1-2 to Akhisar.

Wonderful performance for Africans of Dynamo Kiev. A treble by the Moroccan Younes Belhanda, a double by the Nigerian Haruna Lukman and a goal by the Congolese Dieumerci Mbokani allowed a 9-1 victory over Metalurg Donetsk