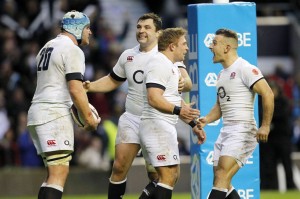 England scored three first-half tries on the way to a 31-12 win over Argentina at Twickenham, maintaining their 100 per cent record this autumn.

Joe Launchbury, Billy Twelvetrees and Chris Ashton each touched down in the first 33 minutes as England built a 24-6 lead.

Argentina, in Daniel Hourcade‘s first match as coach, produced an improved showing after the break but still slipped to their seventh straight Test defeat, replacement Ben Morgan sealing the result with England’s fourth try late on.