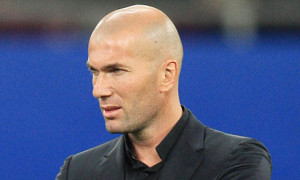 Here is one of the best ambassadors for the World Cup. Zinedine Zidane who won the competition in 1998 against Brazil especially by scoring a brace, expressed on his two favorite teams . In an interview with FIFA website, the former captain of the Blues of France believes in surprise by Algeria in Brazil.

“A surprise? I hope that it will be Algeria. It would not hurt. Because for France, it will not be a surprise, I mean they must behave well and it would be nice it for them to go far. The surprise is precisely Algeria, seeing pass through the group stage, would be nice,” says Zizou who says he will closely monitor the Fennec as well as the team of France in Brazil: ” I have two countries, one where I was born , and then the country of my heart: I will fully support them. “

When it comes to designate a favorite side for the next high mass football competition, Real Madrid Assistant coach says: “It would be nice if a European team wins in South America. But I do not have a favorite in particular. At this level there are no more small teams. Before there were gaps between the bigger nations and others, it is much tighter now. “