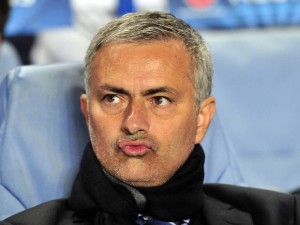 The Portuguese coach told Sky Sports: “I think this is not the ideal time to talk about transfers but it is clear that for the next season Chelsea wants to recruit a striker.”

Asked about the future of his current strikers like Fernando Torres or Samuel Eto’o – the Cameroonian is ruled out of the clash against PSG for the first leg of the quarterfinals of the Champions League – he replied: “Those who will remain will have to fight for a place with the player that we will recruit. And normally at the end of the season the players who have not played much or will not be satisfied may prefer another opportunity elsewhere. We want to improve the team and make a surgical recruitment.”

It must be said that the Special One has spared none of his workforce. Players who remain at the club, the message is clear: “It is clear that our players need to improve. I cannot and I do not need to improve players like Ivanovic, Gary Cahill and John Terry. There are other players that I must improve. We are doing it step by step but it is not enough for us to be champions.”