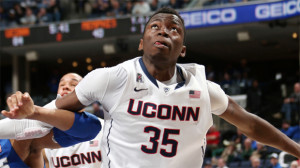 For the first time in the history of the NCAA, a Ghanaian is crowned champion in university championship of the United States. It is no one but Amida Brimah. The Ghanaian played within 13 minutes of the final that pitted the University of UConn to the University of Kentucky.

Suspended last season in the NCAA, the University of Connecticut concluded its comeback with the title of champion. Opposed in final of the March Madness to Kentucky Wildcats, UConn Huskies have emerged, 60-54, becoming the first seeded No. 7 team to win the tourney. 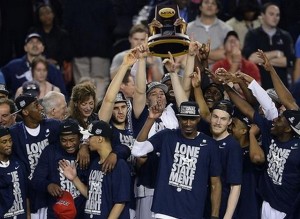 Shabazz Napier, named MVP of the final, was the main architect of the coronation with 22 points, 6 rebounds and 3 assists. Besides the great man of the evening, Amida Brimah silent in scoring has cracked 4 rebounds and 1 cons.

Uconn wins its fourth league title after 1999, 2004 and 2011. In the winning team in 2011 (as a freshman first – year student), Napier concluded his studies with another title and joined Kemba Walker in this stat.