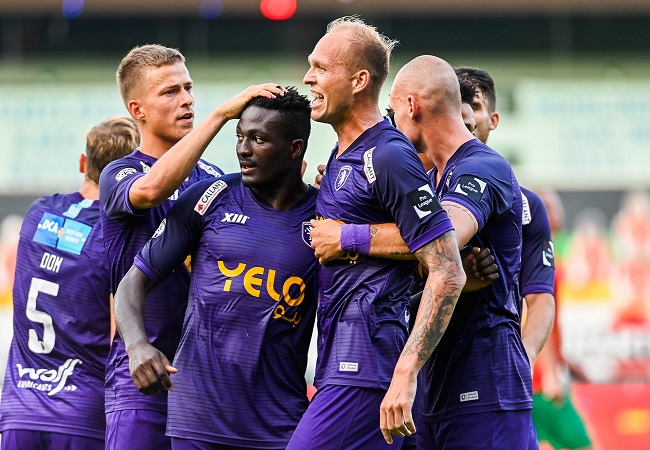 KV Beerschot played their first game in the Jupiler Pro League on Monday since their return to the Belgian first division. Marius Noubissi made double for 2-1 win for his club.

Already decisive in the second division final (4-1 win over Louvain), the Cameroonian alone offered success to his club. A first goal scored in the first minute of play. KV Oostende returned to the game in the second half. But Noubissi sprang up again scoring a second goal in the 74th.

Good beginnings for Beerschot in the Belgian football elite.

Moreover, Leuven, the other promoted made draw with Eupen 1-1.