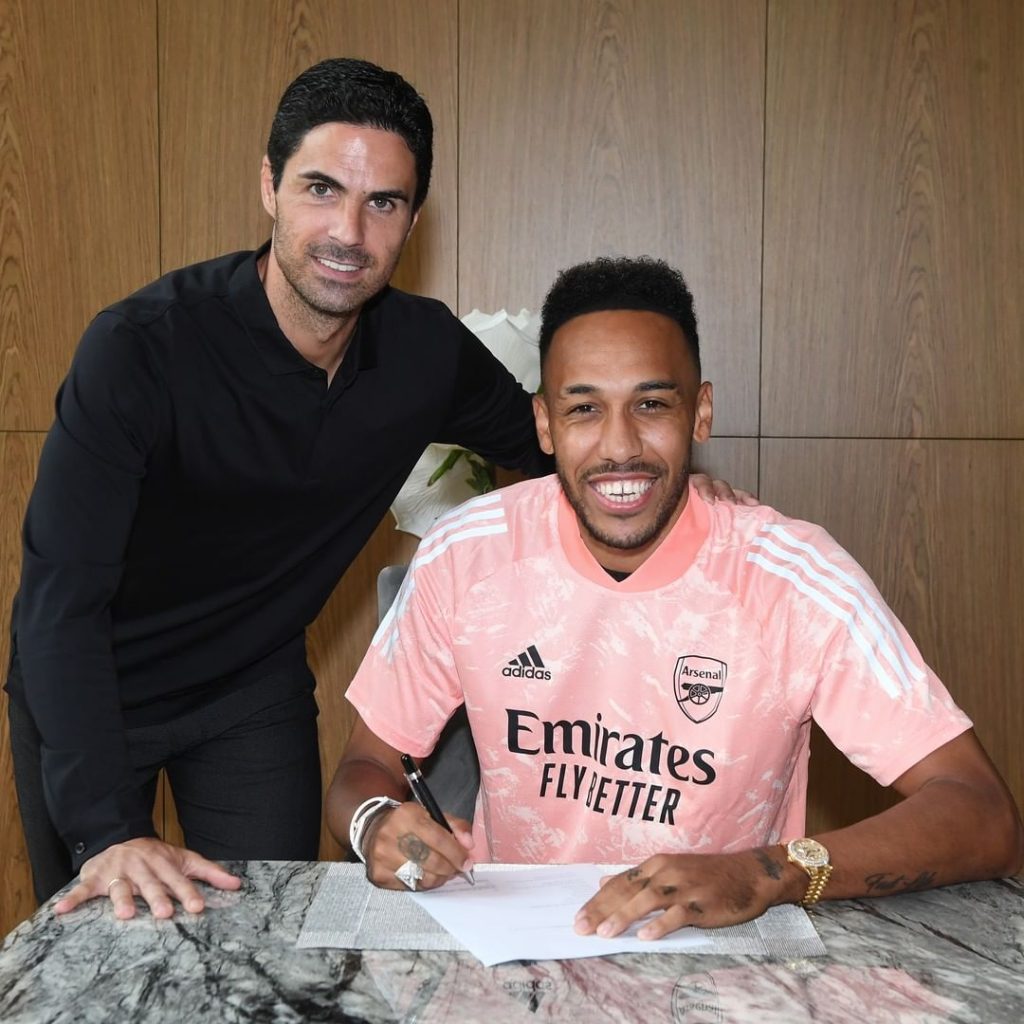 Arsenal manager Mikel Arteta has described  Pierre-Emerick Aubameyang as an important part of what the club is building.

Aubameyang on Tuesday extended bos contract with Arsenal for another three-year to end rumours of his imminent departure from the club.

Arteta who had remained optimistic that his captain will not leave was glad his promise to Gunners supporters was fulfilled.

Read Also: I Want To Leave A Legacy In Arsenal Like Other Legends-Aubameyang

Speaking with Arsenal.com, the manager said,  “It was important for Pierre-Emerick to stay with us.

‘He’s a superb player with an incredible mentality.

“Being the player to have taken the least amount of time to reach 50 goals with this club tells you everything you need to know about him and his way of working.

“He’s an important leader for the team and a big part of what we’re building.

“He wants to be up there with the best players in the world and leave his mark. He can achieve that here.”

On his part, Arsenal technical director Edu said: “It’s clear Auba loves the club and everything we stand for on and off the pitch.

“He’s obviously a very important part of the team so we’re all delighted he has committed his future to us.

“It’s a big boost for everyone – fans, team-mates and staff.”

Aubameyang in a viral video told former Arsenal legend, Ian Wright that he decided to remain with the club after much thought.

The Gabon International said he made up his mind after his talk with Arteta where he told him his plans for the club.