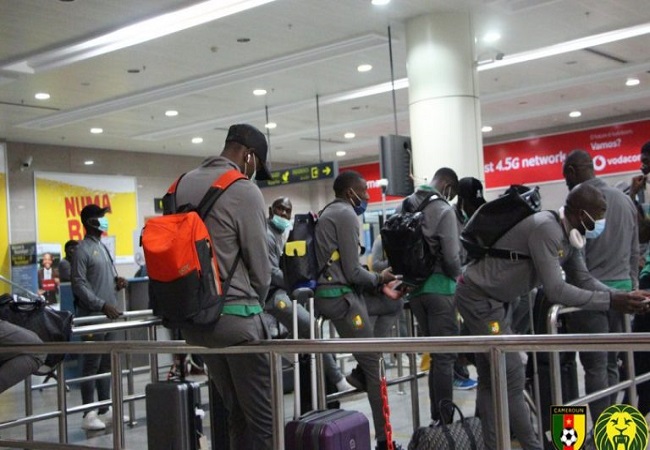 After spending 24 hours in Mozambique, Cameroonian delegation is back home on Tuesday. Cameroon were brilliant in their 2021 AFCON qualifiers double-header against Mozambique. The Indomitable Lions quickly forgot the euphoria of this double victory due to technical problem with regard to their transport back home. The special Camairco aircraft chartered for the occasion could not take off due to a fuel problem.

facing this emergency, the Cameroon airline was only able to obtain fuel 24 hours later. A situation that forced the Indomitable Lions delegation to spend an extra night in Mozambique. Finally, they joined Douala on 17 November night.

prior to this unfortune situation, Cameroonian team beat Mozambique by two goals to zero. Vincent Aboubakar and Serge Tabekou signed these two achievements.