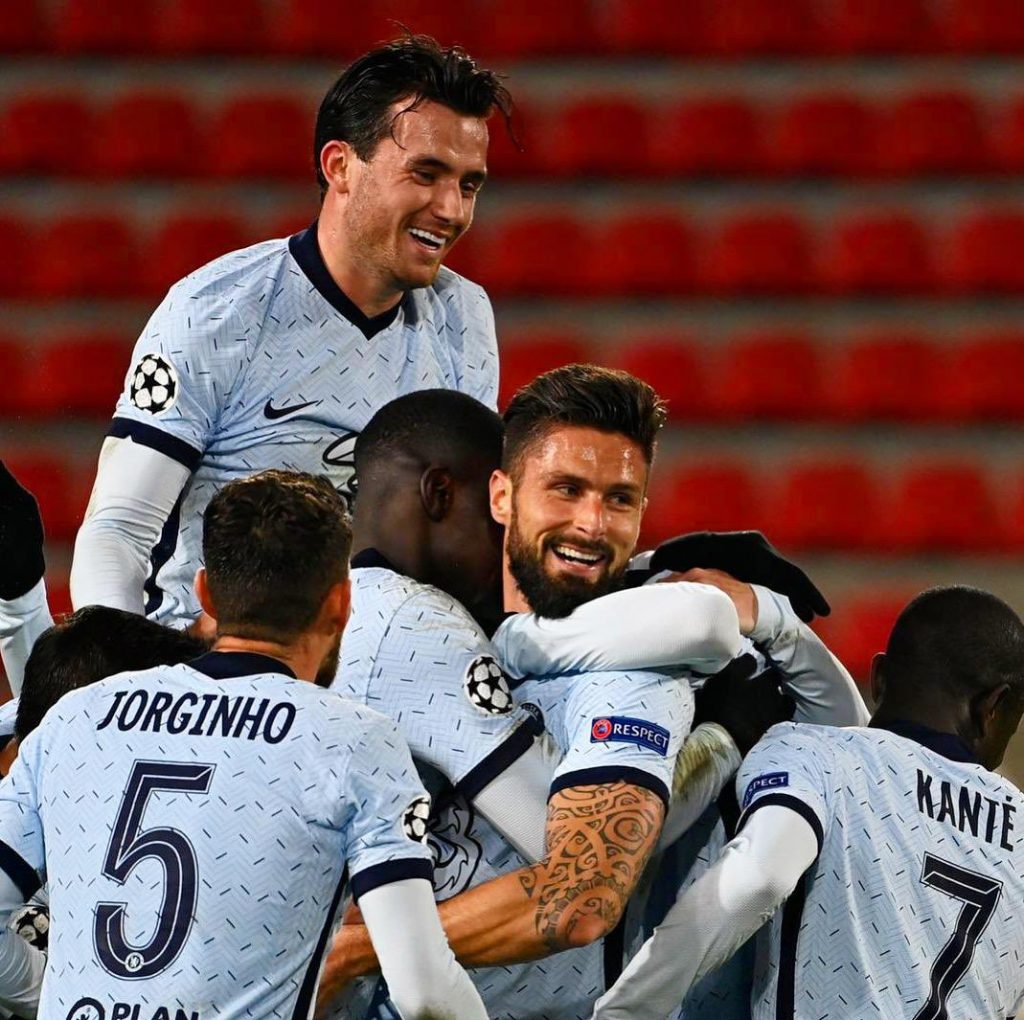 Oliver Giroud last gasp goal helped Chelsea to reach this season’s UEFA Champions League round of 16 following a 2-1 win against Rennes at Roazhon Park on Tuesday.

The Blues became the first team alongside Sevilla to reach the knockout stage as Olivier Giroud came from the bench and scored the winning goal.
Chelsea won three consecutive UEFA Champions League matches for the first time since December 2015.
Callum Hudson-Odoi fired Chelsea in front in the 22nd minute in a game that saw Chelsea creating lots of chances.
Edouard Mendy who returned to the Roazhon Park for the first since joining Chelsea was at his best.
However, just when Chelsea were hoping to maintain fourth consecutive clean sheets, Rennes equalized through Sehrou Guirassy just five minutes to stoppage time.
Giroud then struck a last-minute goal in the 90th minute to give hand Chelsea their fourth consecutive win.
With the victory, they are through to the round of 16 with two games to spare.