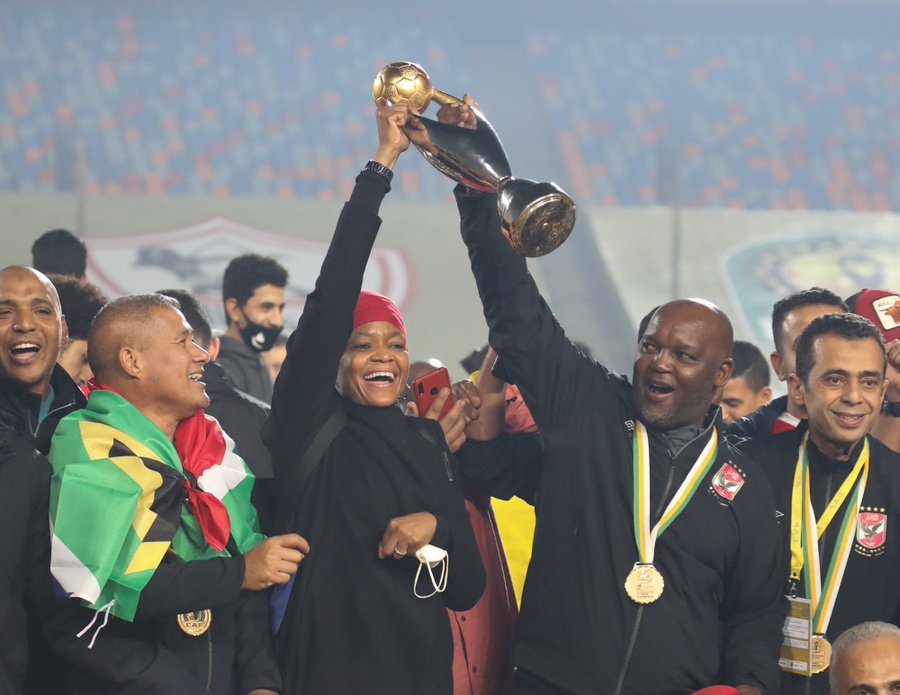 Al Ahly head coach Pitso Mosimane has turned his focus to the CAF Super Cup and Egyptian Cup after winning the CAF Champions League on Friday.

It was the second time the Mosimane won the silverware after he did the same with Mamelodi Sundowns becoming the first South African coach to achieve that feat.

Mosimane while speaking after the game said it’s was unbelievable and an amazing feeling to win the title.

He however quickly turned his focus to the CAF Super Cup and Egyptian Cup and stressed that there is no time for break.

“It’s an unbelievable and an amazing feeling. Not everyone can win the Champions League. It was a difficult match.

“We played a very good team. Beautiful goals from the three scorers of the game.

” I must thank everyone who took part in this success; the players, the technical team, the president of the club, everyone.

“The new season start this weekend, we don’t even have a time for a break. Of course, we enjoy the moment, but we have to start preparing CAF Super Cup and Egyptian Cup.”