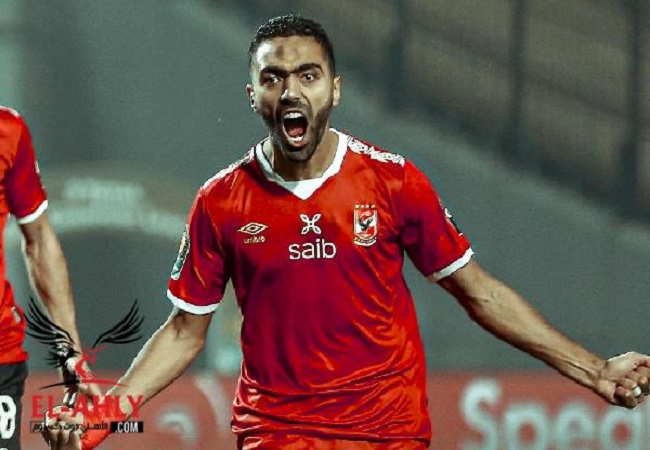 El-Shahat was expected to miss the African Super Cup game against Moroccan side RS Berkane later this month. But CAF sent a letter to Ahly to clarify the player’s situation

Ahly winger Hussein El-Shahat has been cleared to feature in the African Super Cup despite being red-carded following the end of their Champions League final against Zamalek. The Cairo giants said on Wednesday.

El-Shahat received a straight red card following an altercation with Zamalek striker Mostafa Mohamed. It was shortly after Ahly scored a late goal to down their bitter foes 2-1 and win the lucrative title for the first time since 2013.

The 28-year-old was expected to miss the African Super Cup game against Moroccan side RS Berkane. They who won the Confederation Cup, later this month. But the CAF sent a letter to Ahly to clarify the player’s situation.

“CAF assured in their letter that El-Shahat’s suspension will only be activated in the Champions League. Stressing that the player can participate in the Super Cup game.” Ahly said in a statement on their official website.