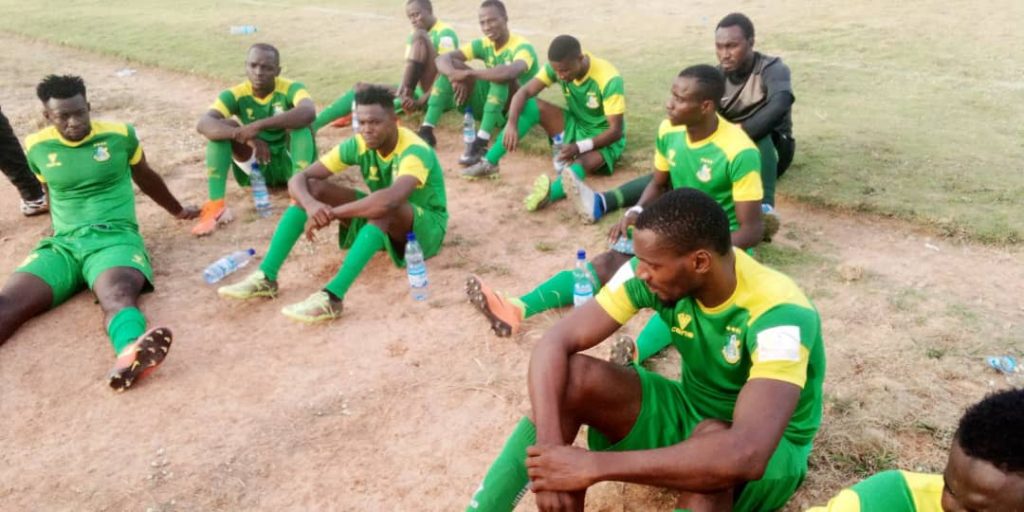 Nigeria Professional Football League (NPFL) side Kano Pillars have been dealt with injury setback ahead of their CAF Confederation Cup game against ASC Jaraaf.
Kano Pillars will host the Senegalese side at the Ahmadu Bello Stadium, Kaduna on Saturday.
The team will be hoping to overturn a 3-1 deficit from the first leg and with the unavailability of three players, it will be an Herculean task.

According to the media officer of team Rilwanu Idris Malikawa the medical  team of the club confirmed the players will not be available.
The affected players are Emmanuel Anyanwu, Achibi Nwenike and Victor Dennis.

Malikawa also said that, players and technical crew of the Club are sets and very much ready for the encounter.

The Sai Masu Gidas lost the first leg by 3 goals to 1 a week ago in Senegal.According to the Media Officer of the club, Rilwanu Idris Malikawa said, the players are in high spirit and very much ready to play the game.

“With what we are seeing on the ground and from the reactions of the players in the camp, they is hope the players would overturn the first leg deficit on Saturday, Malikawa said.

Malikawa said all necessary arrangements have been put in place by the Nigeria Football Federation, NFF, and their host, Kaduna state Football Association for a hitch free match.

He said the match is going to be played behind closed doors as directed by the Confederation of African Football, CAF.

According to the seasoned Journalist, ASC Jaraaf’s delegation are expected to be in Kaduna, today, Friday ahead of the encounter.

The match is expected to kickoff at exactly 4:00pm Nigerian time.