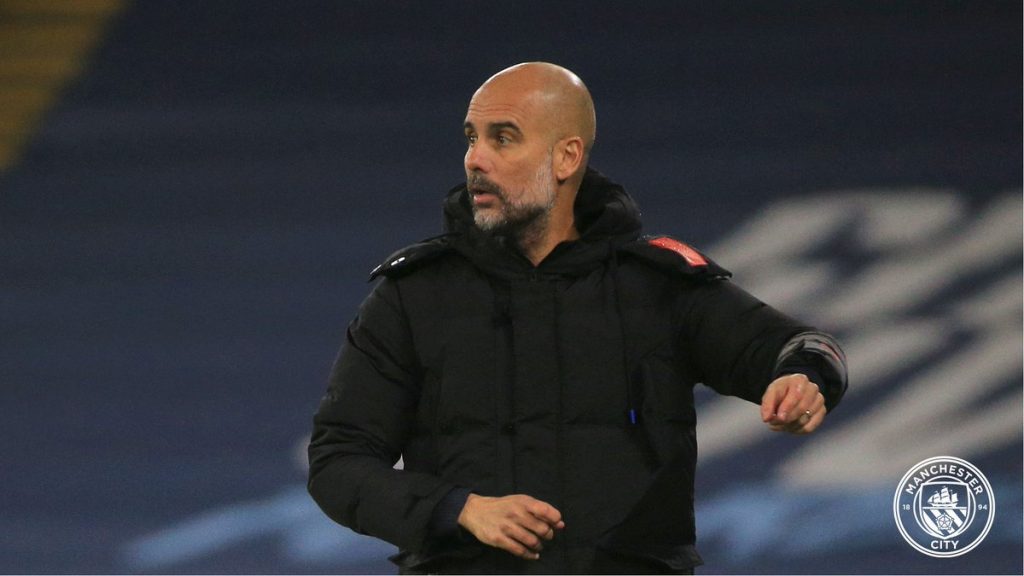 Manchester City manager is unfazed about the threat city rivals Manchester United will bring ahead of Saturday Premier League derby at Old Trafford.
The two Manchester clubs will lock horns on Sunday in this season’s first Premier League clash.
Guardiola in his pre-match conference said the pressure will be on the Red Devils as his team had in previous season have the advantage over their city rivals.

City have been ahead of the Reds in each of the previous derbies the Catalan has overseen, but United have a one-point advantage going into this clash.

“It’s an ask for Man United, not for us or myself,” said Pep.

“Every derby is interesting and nice. Being in front or not in front. It’s always a little bit special, of course, but you have to be focused on the game.”

“Yes of course it’s difficult (to defend against),” he said.

“All big clubs have incredible players up front.

“We have to try to punish them.

“They know we got to Old Trafford trying to win.

“We cannot deny they are exceptional club and team.

“We knew it when I was at Barcelona and we faced them in the Champions League.

“Knew it when I arrived.

“I cannot say since I arrived they do not have a good squad, they have.”