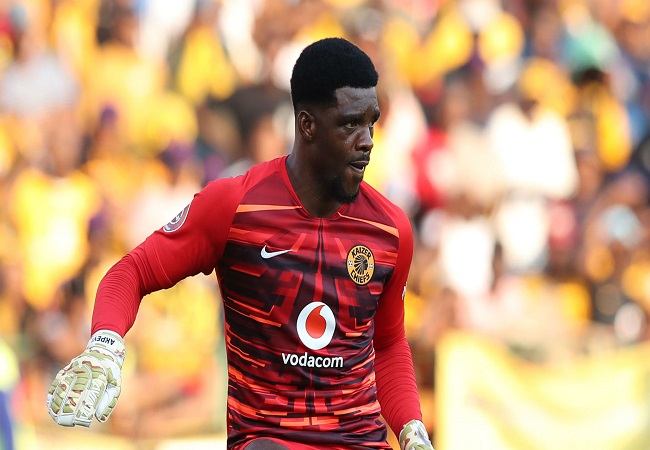 Kaizer Chiefs goalkeeper Daniel Akpeyi is confident his club will be not relegated this season. He has ensured Amakhosi fans not to fear relegation of the club.

“This team cannot be relegated.” Stated a confident Akpeyi. For Nigeria’s Akpeyi, the Soweto giants are “far too big a club to even be considered a relegation risk”.

Akpeyi, along with coach Gavin Hunt, blamed the recent poor run of form. Only two wins in their 10 matches this season to date. On a combination of several factors, including, too many old players, too many inexperienced youngsters rushed in and the inability to bolster the squad due to the FIFA transfer ban imposed on them.

Amakhosi managed to grab a crucial three points against AmaZulu on Wednesday night. As they failed to pick up a win in their seven matches prior to that.

Gavin Hunt has called for calm with only a third of the season completed and still 20 matches to play. Chiefs are also without their star finisher, Khama Billiat, and Samir Nurkovic only recently returned to action – and scored the winner against AmaZulu.

Once the players build a better understanding with each other and the experienced players step up and show the youngsters the ropes, Chiefs will boast a squad that can compete against anyone in the DStv Premiership.

Lying 10th in the standings after 10 matches with just 10 points makes for worrisome reading for Amakhosi fans. But after their win against AmaZulu they are next in action against Cape Town City. TTM and Stellenbosch FC the same in the coming weeks. All matches Chiefs could easily win.