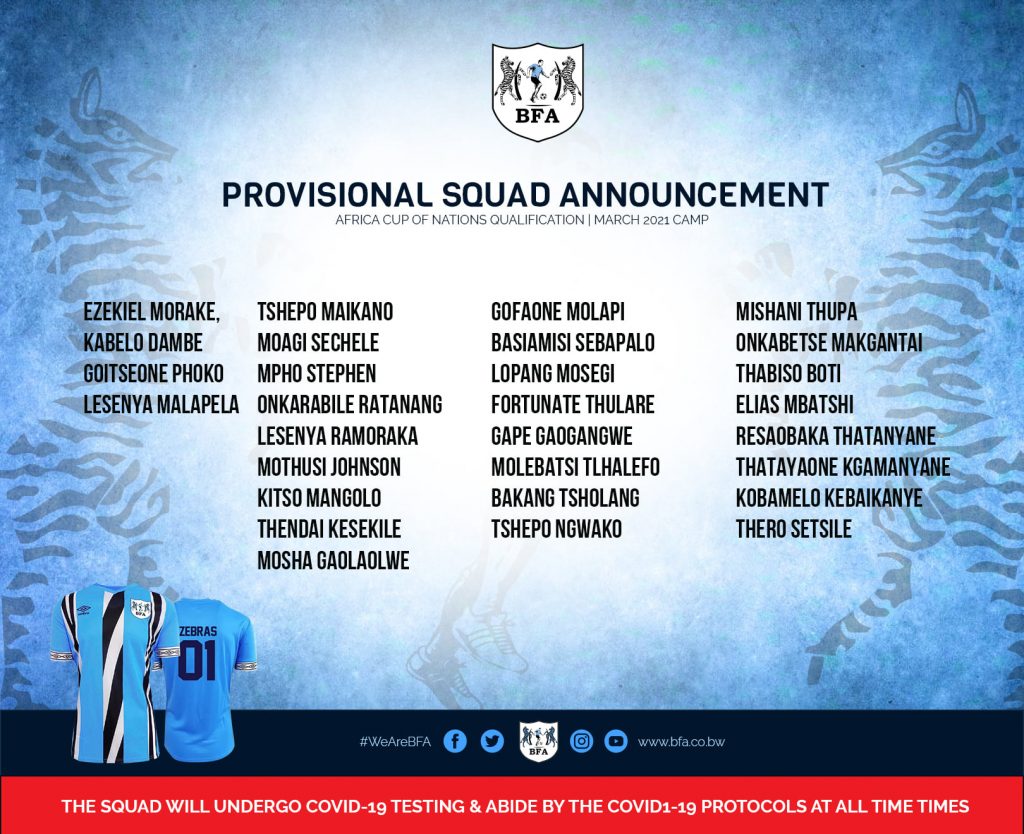 The Zebras squad, mainly made of home-based players, reported for a 10-day camp training on February 10 2021.

The squad will have another camp from March 1 2021.

The Zebras have an uphill task; they are up against Zimbabwe and Africa champions, Algeria, on March 22 and 30 2021.

It is not an easy task for the Belgian coach as the domestic league remains suspended in Botswana.

In a statement, Botswana Football Association says Amrouche will use the initial camp training to assess his squad before trimming it.

Foreign-land based players will eventually beef up the final squad.

Botswana have had mixed fortunes in Group H.

They beat Zambia 1-0 then lost by a similar margin to the Chipolopolo.

The Zebras also drew with Zimbabwe and lost to the Algerians.

Only two teams will qualify for AFCON finals from the group.