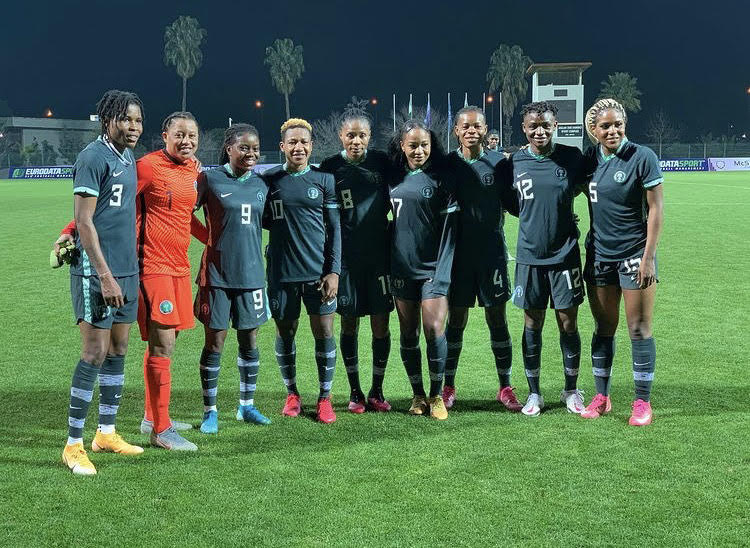 Nigeria Super Falcons have secured their knockout ticket at the ongoing Turkish Women Cup following a 1-0 win against Uzbekistan on Saturday.
The Super Falcons having defeated CSKA Women in their opening group by the same goal margin, continued their impressive form in the invitational tourney.

A second half goal from Halimat Ayinde in the 47th minute was all the African Women champions needed to pick their second victory.
It is now a back-to-back win for Super Falcons new head coach Randy Waldrum who is overseeing the team for thr first time since he was appointed.
The Super Falcons will now play their African rivals, Equatorial Guinea on Tuesday in their last group game.