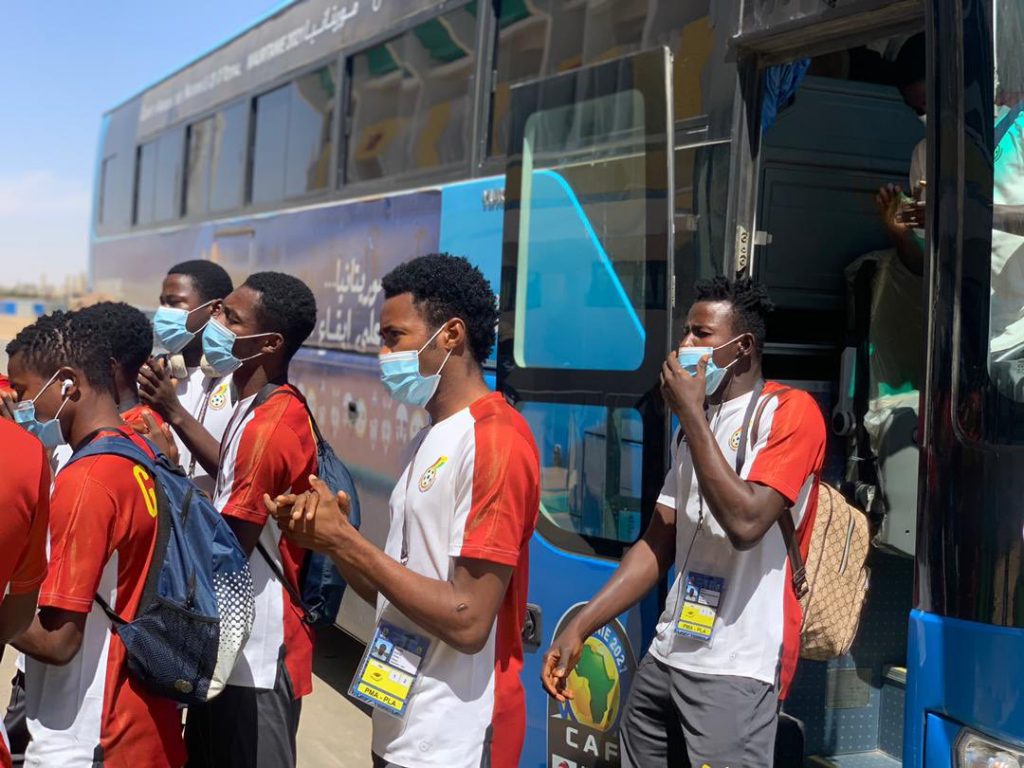 Ghanaian players are already in the Stade Olympique de Nouakchott ahead of their AFCON U20 semi-final clash to Gambia (4pm).

Ghana coach Abdul Karim Zito decided to start the game with the same team who beat Cameroon in the quarter-finals apart from Cudjoe who is replaced by Sulemana.

However, the tactical approach is a bit different comparing to the scheme under which Black Satellites played against young indomitable lions.

Daniel Afriyie Barnieh and teammates will play under a 4-3-3 system against Gambian rather than the 4-2-3-1 that led them to penalty shootout against Cameroon.

Read : AFCON U20 : Our aim is to win against Ghana, says Gambia coach Mattar M’boge