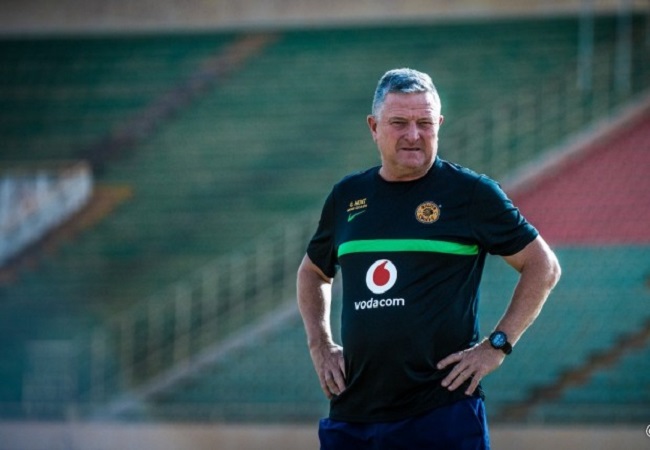 Bafana Bafana are currently without head coach following the sacking of Molefi Ntseki early this week. The sacking occured after the team failed to qualify for the 2022 Africa Cup of Nations finals.

And Kaizer Chiefs coach Gavin Hunt has responded to the vacant Bafana Bafana job. He has expressed his mind should SAFA come knocking.

The former Bidvest Wits and SuperSport United mentor’s pedigree of being one of the most decorated local football coaches will always have his name thrown about when it comes to the biggest job in the country.

However, his struggles with Amakhosi has some believing that perhaps he could be better suited to the Bafana job, where he has previously been linked on a number of occasions.

Asked whether the prospect of being called to national duty played on his mind at all, the 56-year-old laughed off any suggestion that he is considering the vacant position.

“[Laughs] Chad, how many times have we been down this road.” Laughed Hunt.

“It’s no where near [my thoughts]. My mind is on Wydad on Saturday, that’s the most important game.”