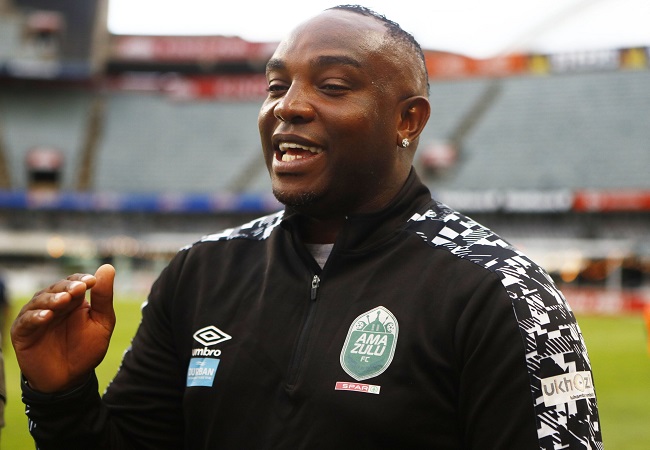 Addressing the press in South Africa on Thursday, McCarthy said he was focusing on the DStv Premiership race

“Like I said, we’re grown-ups, and we’re contracted to the club, and rumours will always be rumours,” McCarthy told the press..

“When you do well, and you have success, you’re always going to be rumoured to everything that’s not where you are.”

“I think we don’t really pay mind to the rumours but rather keep our focus on what we doing and what we started and the journey we started as a team, the President, myself the technical team and the players, to get into the top four in the league.”

The former Porto FC star was linked with the job which has since gone to Hugo Broos.

The Belgian has replaced Molefi Ntseki.

AmaZulu are on second place on the log table with 50 points from 26 games.

Mamelodi Sundowns lead the race with 54 points from 25 games.