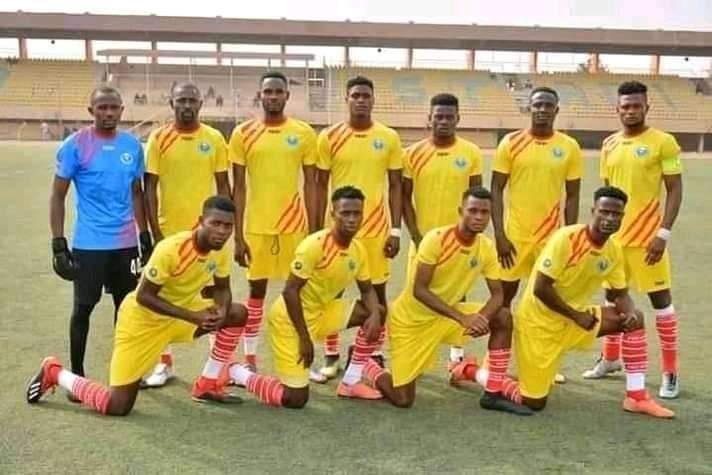 Warri Wolves were the side with the last laugh in their Matchday 23 tie of the Nigeria Professional Football League, NPFL, on Wednesday at the Delta State Polytechnic Stadium in Ozoro.
The Seasiders beat the Makurdi Lords by a lone goal to record their first win of the second round of the top flight campaign.
The downpour witnessed in the early stages of the encounter did not allow the two teams express themselves well on the wet grass surface.
However, against all odds, Warri Wolves took the lead in the 36 minutes.
Efe Yarhere was well positioned to volley home a Williams Sunday’s cross inside the net to put the home team ahead.

The tie was thus settled before 90 minutes were exhausted and even before it became a more physical contest.
Speaking after the game, Warri Wolves head coach, Ortega Deniran, said the match was very intended.
“Very intensed,” he said. “Too much pressure. The boys are under pressure.”
“We’re trying to get the team out of the relegation zone.”
“For me, it’s a good game. My boys attacked well. The other team as well did.”
“It makes it interesting.”
Warri Wolves will next be in action in the league against Katsina United on Matchday 23 at the Muhammadu Dikko Stadium in Katsina.