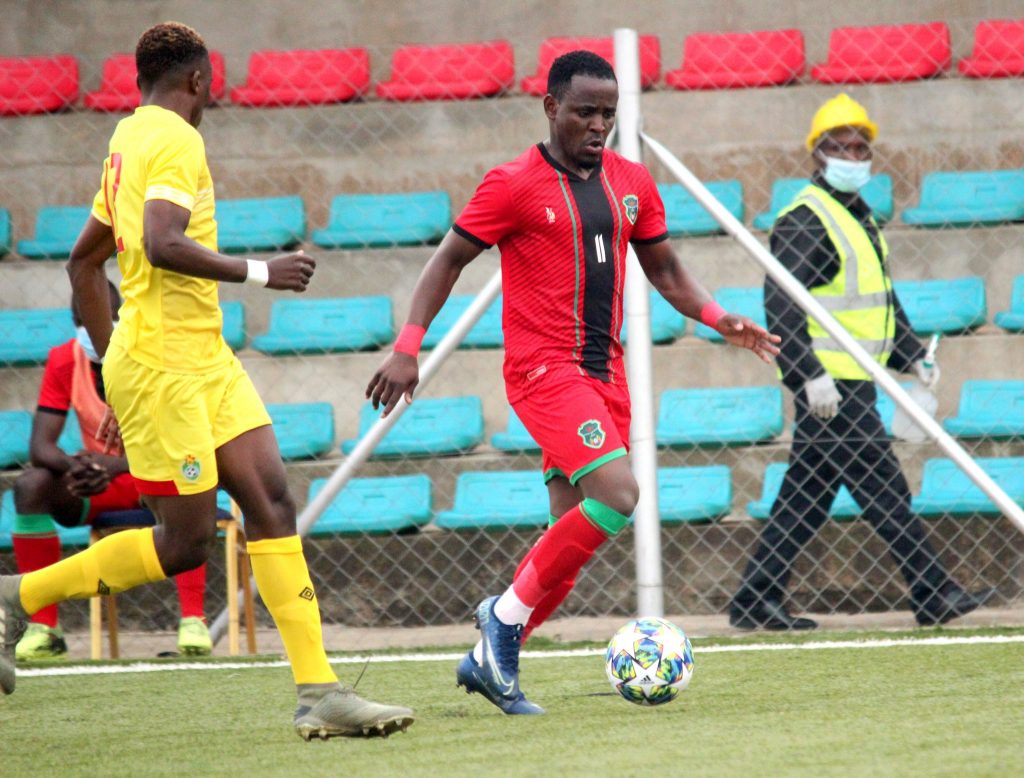 Captain John Bocco and Patrick Mwenda scored in the 67th minute and 75th minute to excite the home crowd.

Malawi were without head coach Meke Mwase, his deputy Lovemore Fazili and defender Peter Cholopi after they all tested positive for Covid-19.

Right-back Stanley Sanudi got the arm-band in the absence of South Africa-based defender Limbikani Mzava and his deputy John Banda of UD Songo in Mozambique.

However, there were no excuses for the loss which were due to basic defensive errors. Holding midfielder Rafik Namwera was the guilty party for both goals.

His fouled a player for Tanzania to gift them a freekick which Bocco deflected past static second-choice goalkeeper Brighton Munthali.

Namwera them was outmuscled on the ball before Mwenda slotted into the net the second goal after slicing the visitors’ defence with 15 minutes remaining of the clock.

Malawi paid the price of slow decision making and too many backpasses especially when in their own half.

The Flames, who qualified for the 2022 Africa Cup of Nations finals, are preparing for next month’s Cosafa Cup and the World Cup qualifiers.