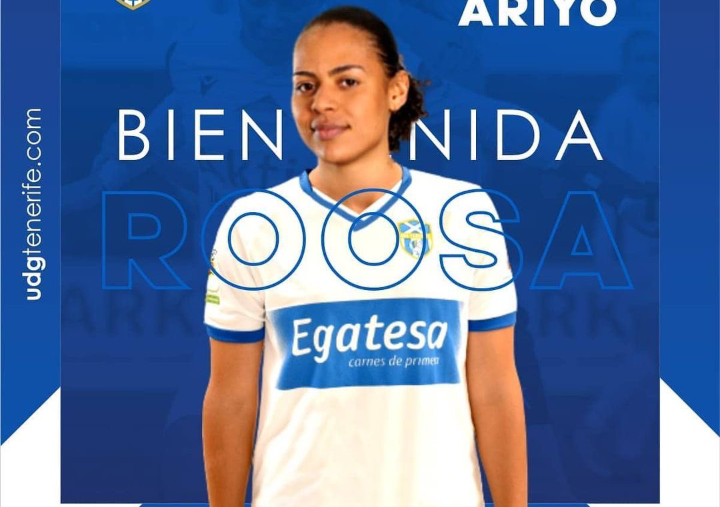 Ariyo signed a two-year deal with the club becoming the first player to be signed by the club ahead of the 2021-2022 season.

The 27 years old striker was part of the Super Falcons team at the just concluded US Summer Series tournament.

Read Also:Super Falcons End Summer Series With Another Defeat To The Usa

She started in the game against the Reggae Girlz of Jamaica where the Super Falcons lost 1-0 in the opening game of the tournament.

She spent three seasons with Tikkurilan Palloseura where she scored 21 goals and made where15 assists.

In the last two seasons, he averaged one goal per game, scoring 15 goals in 15 games.

He was part of the United States University of Bridgeport team in the 19-20 academic year, as well as in the CC Monroe of that country between 2017 and 2019.

On the other hand, he began his European adventure with Honka in the Finnish top flight between 2012 and 2014, a team with which he won a Finnish Cup (2014).

Speaking after her move to the Spanish club, Ariyo said she was happy to sign for UDG Tenerife Egatesa.

“I am very happy to sign with UDG Tenerife Egatesa.

“They have given me very good references on how the club works.

“I hope to contribute all my virtues in a very attractive competition and I hope to restore the confidence of the board with goals and good performance.

“I’m looking forward to meeting my teammates and the fans.”

She will rival Asisat Oshoala who plays for Barcelona, Rashedaat Ajibade, Atletico Madrid and Chidinma Okeke of Real Madrid in the Spanish Women League.