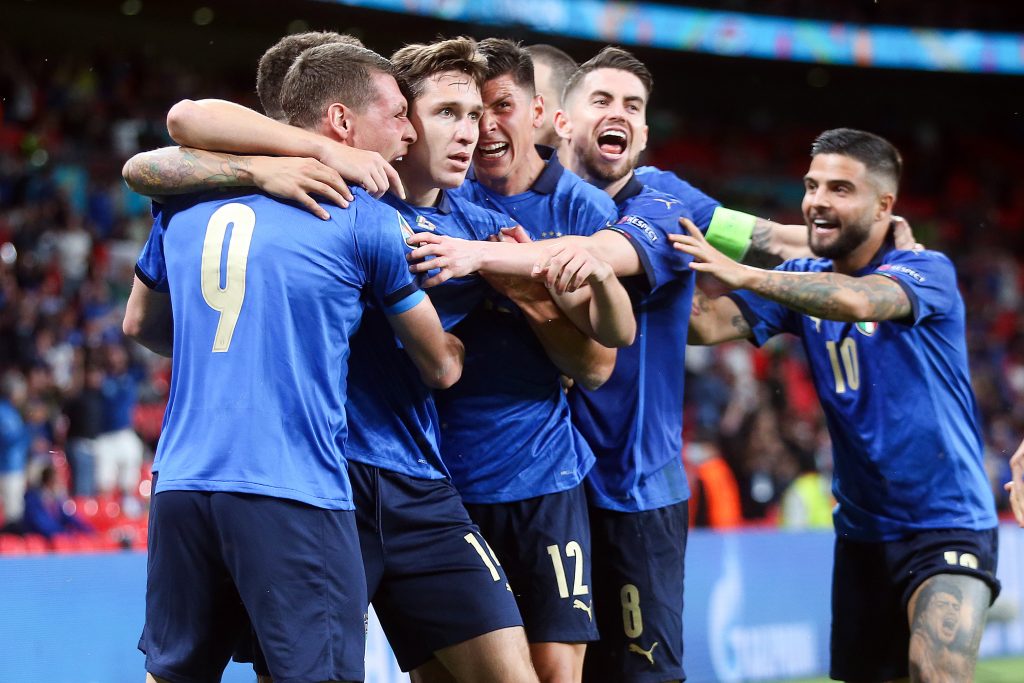 Italy are the first team to qualify for this ongoing Euro 2020 tournament as they defeat Spain 4-2 on penalty shootouts after a 1-1 draw at the end of extra time.

The Squadra Azzurra have suffered a lot all along the game with just 30 percentage of ball possession in the first half.

However, they stunned fans in the Wembley stadium by taking the advantage against the run of the match thanks to a fantastic strike from Federico Chiesa (60 minutes).

The Spaniard side were yet to say their final say as newcomer Alvaro Morata scored the equalizer to bring Spain level in the 80th minute.

The scoreline remained 1-1 until the end of extra time. And Luis Enrique’s team lost 2-4 against Roberto Mancini’s men with Dani Olmo and Alvaro Morata missing their penalties as Chelsea star Jorginho scored the winning goal for Italians.

Italy will face the winner of England vs Denmark (Wednesday at 7pm) on July 11 at Wembley for the final.