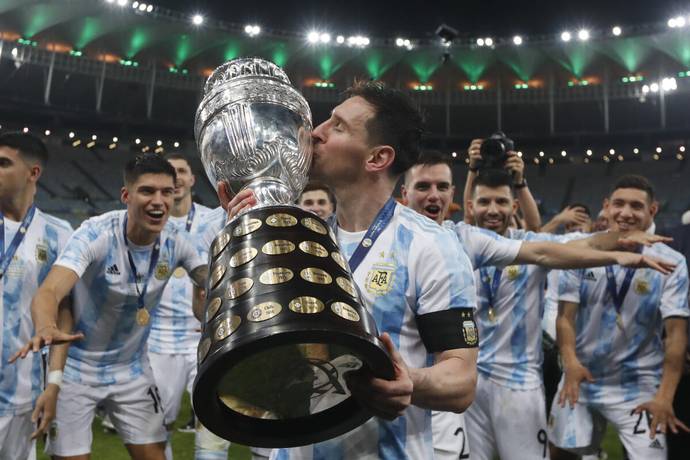 Lionel Messi finally laid his hands on a senior national team trophy after leading Argentina to the Copa America championship.

Angel Di Maria scored the only goal of the final in the 22nd minute as Argentina beat rivals Brazil 1-0 in the Copa America final on Sunday morning.

Di Maria chipped the ball past goalkeeper Ederson to seal the victory in the final played at Maracana Stadium in Brazil.

For Messi, this was a feelgood moment having for the better part of his stellar club career with Barcelona, failed to replicate that form in the national team.

Messi has reached the Fifa World Cup final with Argentina but lost 1-0 to ultimate winners Germany.

The Barcelona captain also took Argentina to Copa America final in 2015 but lost too to Chile.

At one time, Messi called time on his national team career but he was enticed back.

Deservingly, Messi won Player of the Tournament and Top Scorer award for the Copa America.

The forward also provided most the assists of the competition.

It was Argentina’s first title in 28 years and a record equaling 15th Copa America title at par with Uruguay.