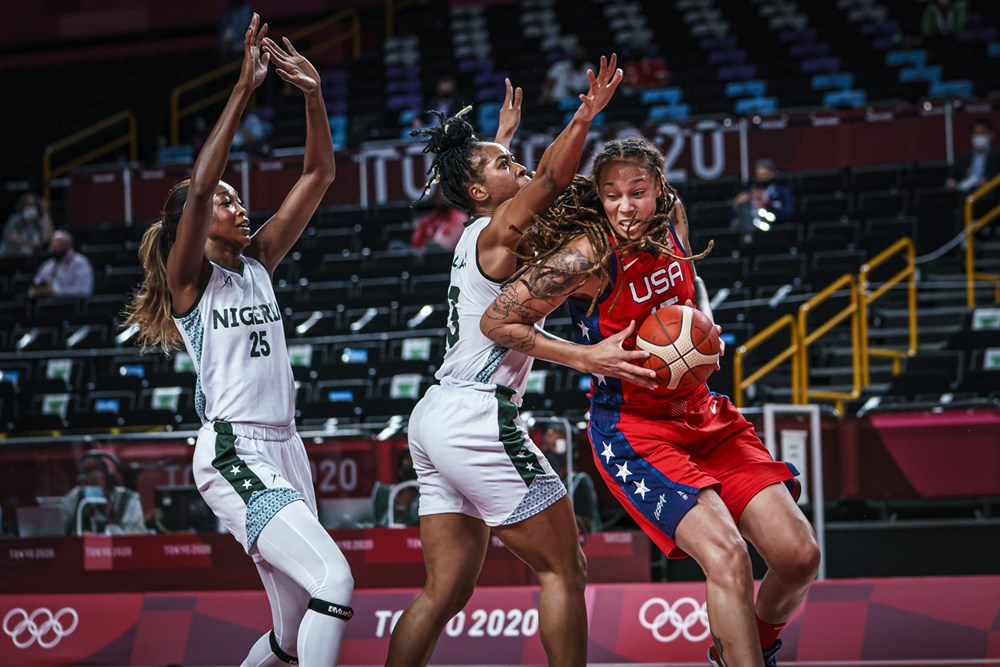 Nigeria’s female Basketball team DTigress suffered 72-81 defeat in the opening Group B game to USA team at the ongoing Tokyo 2020 Olympic Games
DTigress who had lost by 31 points to their US opponent in Las Vegas in a friendly game, gave a good account of themselves.
Nigeria took the lead in the first quarter winning 20-17 points with Ify Ibekwe netting two 3points and her last one was buzzer.

However, the USA gradually found their rhythm and they opened their biggest lewd in the game against DTigress as Brenna Stewart knocked in 3 pointers to take USA 12 ahead with the points 25-39.
Adaora Elonu reduced the deficit for Nigeria as they closed up the 18 points gap as Elonu sunk in a 3 points.
The first half ended Nigeria 32-44 USA.
USA kept Nigeria trailing till the end as the game ended 78-82.
With the win, the United States have now won fifty matches in a row at the Olympics, a run they began since 1992.