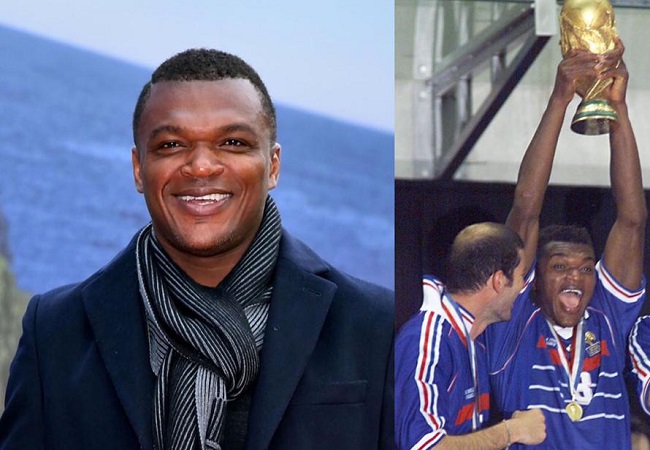 Ghana-born football legend Marcel Desailly has made it clear that playing for the Black Stars was not an option when he pledged his allegiance to France.

The retired defender-cum-midfielder was born in Accra, Ghana, before moving to France as a child. And he went on to achieve legendary as a France international.

“I was already in the [France] system. I got professional from 18,19 years of age. And I got my opportunity to join the French national team. So there was no choice to even consider.” Desailly told Joy FM.

The former Chelsea FC star returned to Accra where he set up Lizzy’s Sports Complex in honour of his mother after retiring from professional football.

“When I was a soccer player, I already had the idea and vision to come back to Ghana and settle and develop sports infrastructure.” He continued.

“I knew it was a little bit poor especially in sports. So I had plans. I missed the chance to be the coach of the Black Stars because of this investment as well. I had to follow on this investment. As of now, I’m done. It’s not profitable.”

The Lizzy’s Sports Complex was named in honour of Desailly’s mother Elizabeth, who married the head of the French Consulate in Accra.

“If you want something to last, you need to bring expertise. We were about 90 people in the sports department alone. Every year I was putting my private money back into the system.” He added.

“So, after 10 years, I’ve spent over 1.5 million every year supporting the business to cover the debt accumulated.

“Maintenance of the pitch, paying of salaries, generator, and others. That is why no one comes into those services for kids because it’s not profitable.”

Desailly won several titles, including UEFA Champions League medals with both Marseille and AC Milan. And he also played for Nantes among other teams.