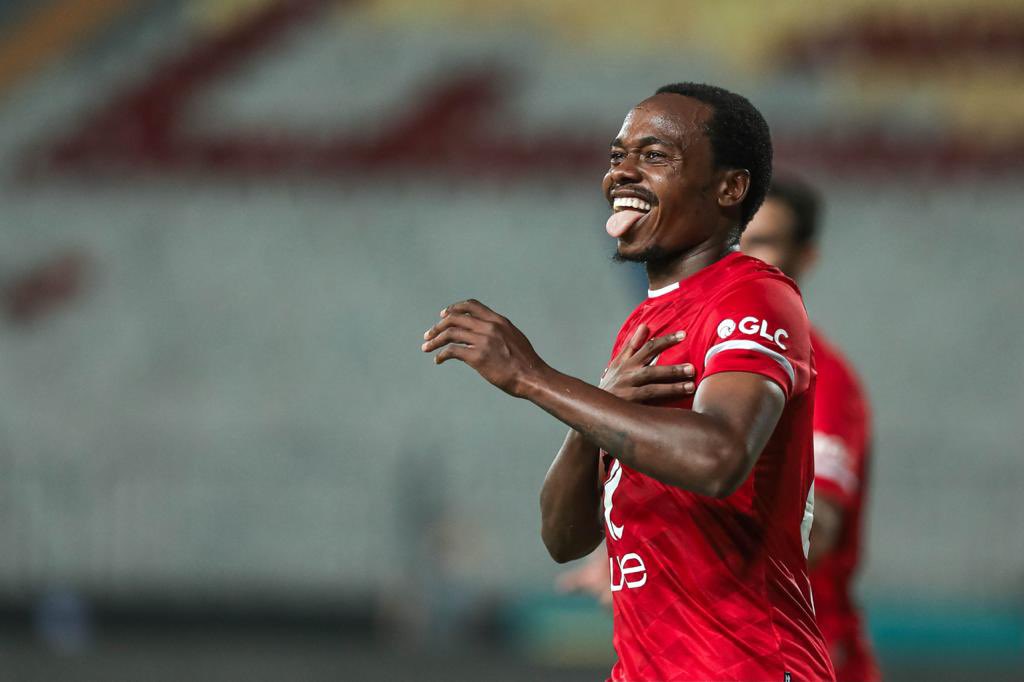 The bad days at Brighton & Hove Albion are now behind Tau. The 28-year old hit the ground running in Egypt as he made instant impact for his second stint under coach Pitso Mosimane’s guidance.

Ali Maaloul scored the opener for the visitors from the spot as Luis Miquissone was brought down in the box by and Ismaily defender in the 21st minutes.

Two minutes later, Percy Tau increased the lead for Al Ahly as he found himself in a one on one situation with Ismaily defender, dribbled past the latter before smashing the ball into the back of the net as the goalkeeper was already beaten.

The Bafana Bafana star back at it again and scored his brace in the 32nd minute as he converted an assist of Mohamed Magdy Afsha with ease to make it 3-0 for the away side.

Abdel Kader Radwan was the last scorer for Pitso Mosimane’s men as he netted the fourth goal in the 74th minute to hand his side a 0-4 away win over Ismaily.

The Red Devils end the game being 10-men as highly-rated Malian defender Aliou Dieng was shown a red card after receiving the second yellow card.

Below is the game highlights and Percy Tau’s brace :