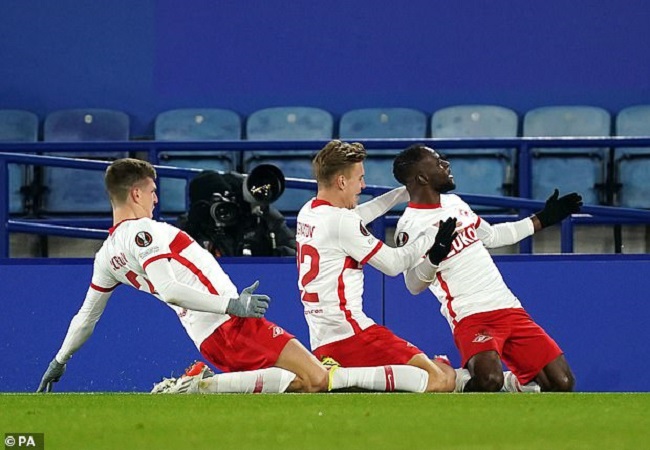 The Europa League and the Europa Conference League took centre stage on Thursday night. And some Nigerian stars put in an impressive shift for their clubs.

Victor Moses was on target as Spartak Moscow played a 1-1 draw against Leicester City in their Europa League encounter at the King Power Stadium.

Kelechi Iheanacho and Wilfred Ndidi both featured for the Foxes, with the latter coming on in the second half for his first appearance since September.

Meanwhile, in Germany, Cyriel Dessers scored the winner as Feyenoord beat Taiwo Awoniyi’s Union Berlin in their Europa Conference League encounter. Awoniyi played less than an hour in the encounter while Dessers was a second-half substitute.

In Greece, Henry Onyekuru provided an assist. But it was not enough to prevent Olympiacos from a 2-1 loss to Eintracht Frankfurt. Onyekuru provided the assist for Youssef El-Arabi’s opener. But Daichi Kamanda levelled the score for the away side before Jens Petter Hauge scored a stoppage-time winner.

Ibrahim created the opener for Andre Green in the 17th minute. Green doubled the advantage eight minutes later before Chipolina cut the deficit for the home side just before half-time.

However, second-half goals from Cavric and Mraz secured a comprehensive win for Slovan.