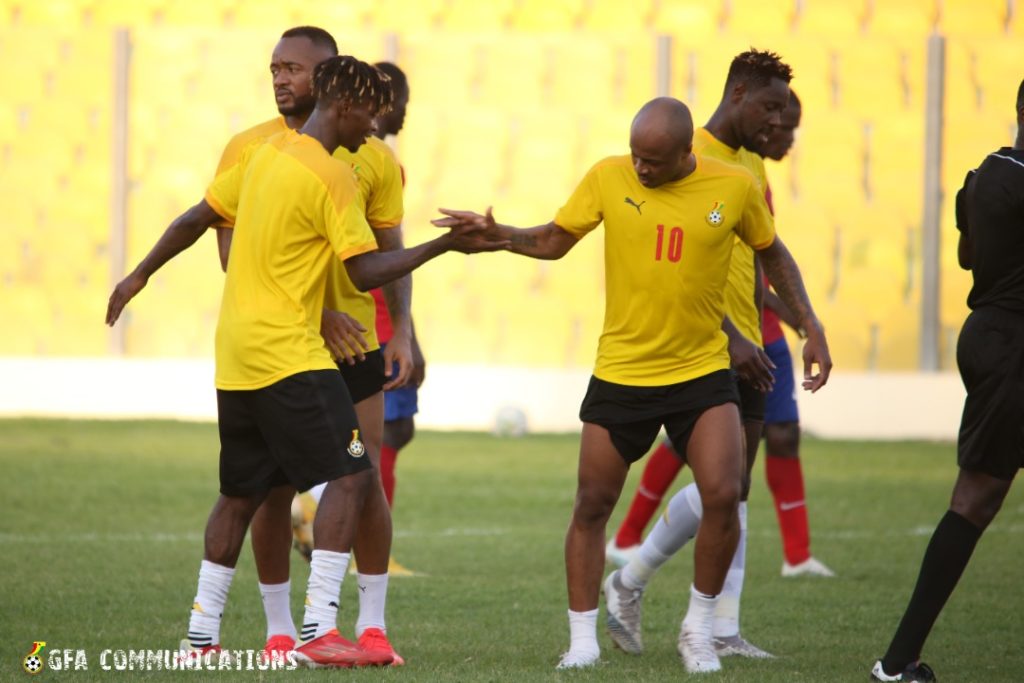 Fifteen Black Stars including skipper Andre Ayew opened camp on Monday in Accra ahead of the trip to South Africa where they will take on Ethiopia on Thursday, November 11.

The team started training under coach Milovan Rajevac guidance before playing a test game against Division One League side Golden Kick.

The Black Stars demolished the second tier side 5-1 with Richmond Boakye Yiadom bagging a brace.

Jordan Ayew, Caleb Ekuban and Abdul  Fatawu Issahaku are the other players who wrote their name on the scoresheet.

Ghana will complete a last training this Tuesday morning before heading to South Africa for the matchday 5 of the World Cup qualifier against Ethiopia.

The Black Stars are currently second in Group G with 9 points behind Bafana Bafana who have one more than them.

They will need to win both of their games with the one against group leaders South Africa on Sunday, November 14 being the greatest challenge.