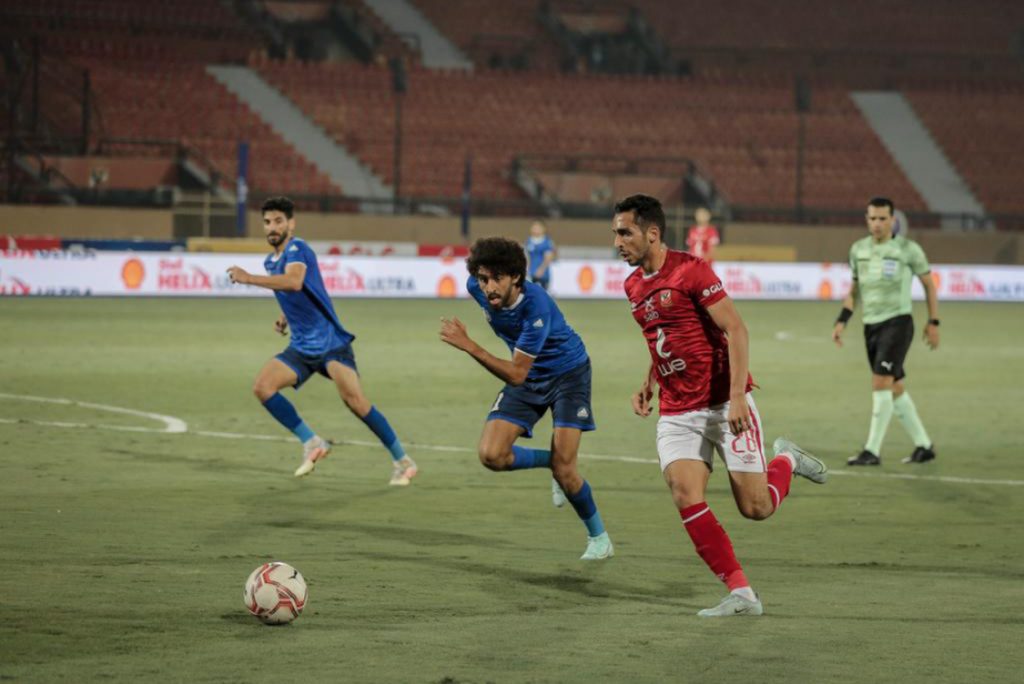 The win saw the Pitso Mosimane’s side go five points clear at the summit of the Egyptian Premier League ahead of second-placed Pyramids.

Al Ahly had a nervy start to the game as they gifted Smouha a penalty barely five minutes into the proceedings.

However, Badr Benoun failed to convert from the dreaded spot.

Such a miss came back to haunt Smouha who found themselves trailing 15 later.

Ayman Ashraf scored after receiving a pass from Hussein El Shahat to put the CAF Champions League defending champions ahead.

Three minutes later, Tau dribbled past a defender before firing an angled shot into the net to make it 2-1 for Ahly.

In the second half, Smouha finally scored past giant goalkeeper El Shenawy with midfielder Ahmed Kanarya firing into the net a few minutes after restart.

In response, Ahly extended their lead through a goal from El Shahat minutes later.

Finally, Tau appeared again this time around just at the right place and time to connect Hany’s cross to seal the win.

In a post-match interview, the former Mamelodi Sundowns coach Mosimane said it was still early days for him to implement his football philosophy on Al Ahly fully.

“I‘ve been only here for 13 months. I need time. The team still doesn’t play exactly the way I want. Sometimes I want to make sure that we don’t concede goals. However,  we still make mistakes, because we want to attack and that leaves us a bit open in the back,” he told Al Ahly website.

Al Ahly have registered six straight league wins and they have 18 points, five points ahead of Pyramids who have a game in hand.