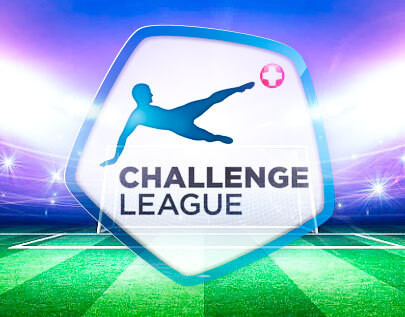 The Challenge League, the second-highest league in the Swiss football league system, is not as popular as the top tier league, the Super League, but certainly offers plenty of opportunities for dedicated bettors.

It’s often as exciting as the Super League, plus it incorporates clubs from another country — the small Lichtenstein.

This piece will explain how the entire league works so you have the information you need to place better bets. More importantly, we’ll talk about the top teams and players you need to know about and the betting markets that work best for this league.

What Is the Swiss Challenge League?

The Swiss Challenge League is right below the top-tier league in Switzerland, the Super League. Together, they form the top of the Swiss professional league system.

This system has nine tiers, which shows that the Challenge League is undoubtedly one of the most important ones, with some of the top teams in Switzerland, Lichtenstein, and the exclaves in Germany and Italy.

The league was first founded more than a whole century ago, in 1898. It was named the Swiss Serie B but changed its name to Nationalliga B in 1933. It switched to the current Challenge League name in 2003. That’s also when the format of the league was revised.

The league follows the typical autumn-spring format like most European leagues, and it’s also part of the UEFA confederation. A total of ten teams compete in the league.

They play in the typical double round-robin format, but they repeat that twice in a single season. This means that each team plays every other team once home and once away in the first half of the season and then repeats the process in the second part.

This system results in as many as 180 games every season. Teams are ranked according to the standard format with three points for a win, one point for a draw, and zero points for a loss.

As for the worst-ranked team, they get relegated to the Swiss Promotion League, the third-tiered league in the Swiss football system.

Top Teams in the Challenge League

The top teams are hard to determine, as the league has featured various teams throughout the ages. Here are the top ones based on the number of season wins they have and runners-up spots in the current, Challenge era:

The last season’s winners were the Grasshoppers, Thun were the runners-up, while the champions of the 2019-20 season were Lausanne, the only team with three champion titles since the start of the Challenge era in 2003.

The 2020-21 season also had some notable names, most of whom are the season’s top scorers. These include Rodrigo Pollero (Schaffhausen) who was the top scorer of the season with 19 goals, then Filip Stojilković (Aarau), Louis Mafouta (Neuchâtel Xamax), Ivan Prtajin (Schaffhausen), Yanis Lahiouel (Lausanne-Ouchy), Roman Buess (Winterthur), and Saleh Chihadeh (Thun).

Best Betting Markets to Consider for the Swiss Challenge League

Like most leagues, it’s hard to determine which betting markets are typically the best to use. However, we can make some good guesses based on the stats we can see for the last few years.

First of all, it’s worth noting that the league doesn’t feature a common champion, as many teams have won that title over the years, and the only team to have won three titles is Lausanne, while only three more teams have two wins each, while several others have one win.

If you want to place the overall winner bet, you should consult the current odds and make this bet as long as there is a clear favorite for the season. Also if you plan long term bets it is important that you are fully aware of all bookmakers’ bonus offers out there, because they allow you to increase your betting balance and leverage the risks.

Betting on the number of goals is a good thing, though, as the Challenge League features many goals per match. Here are the average numbers of goals per match for the last three concluded seasons:

From this, it’s clear that an over 1.5 bet is basically assured, while a 2.5 is also good, and it will usually have decent odds. Furthermore, under 4.5 and under 3.5 are also good bets with decent odds.

A home win is far more common, often almost twice as common as an away win, while draws are not as common as in most other leagues. It’s best to stick with the favorites and home wins when the odds are similar.