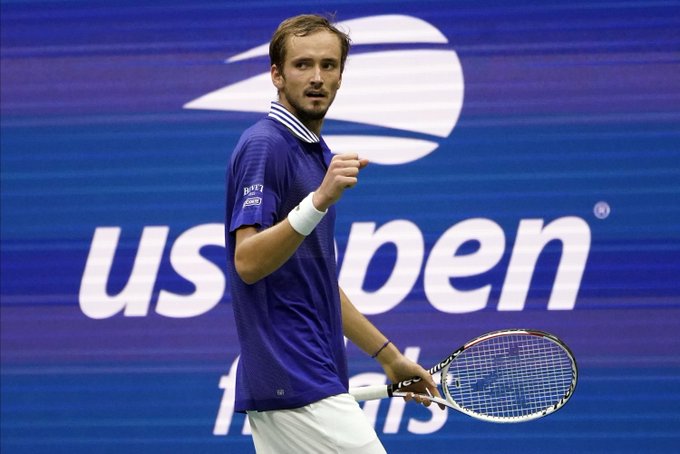 After deciding not to follow Wimbledon’s example and forbid them, the US Open will allow Russian and Belarusian players to compete later this year.

At the season’s final Grand Slam tournament, athletes from the two countries will have to compete under a neutral flag.

Daniil Medvedev, the top-ranked male athlete in the world, will now be able to defend his championship in New York.

The Russian invasion of Ukraine was “continually condemned,” according to the United States Tennis Association (USTA).

“The USTA will allow individual athletes from Russia and Belarus to compete in the 2022 US Open, but only under a neutral flag,” it said.

After the country invaded Ukraine, which was a military action supported by Belarus, Russia was banned from International Tennis Federation (ITF) events as well as many other sporting competitions.

The decision to exclude Russian and Belarusian athletes from the grass-court competition, which begins on June 27, was made by Wimbledon in April.

Additionally, participants from either nation are prohibited from participating in any UK grass-court competitions, including the matches this week at Queen’s and Birmingham.

Wimbledon’s action was deemed “unfair” by the governing bodies of both men’s and women’s professional tennis, the ATP, and the WTA.

The USTA acknowledged that organizations like Wimbledon and others have to “handle specific circumstances that affect their decisions.”

It added: “Based on our circumstances, the USTA will allow all eligible players, regardless of nationality, to compete at the 2022 US Open.

“The USTA, standing with these other tennis entities, supported the banning of the Russian and Belarusian Tennis Federations from the ITF, and therefore all international team competitions.

“The directive for players from those countries to play under a neutral flag when competing outside of international team competitions.”

The USTA acknowledged that organizations like Wimbledon and others have to “handle specific circumstances that affect their decisions.” 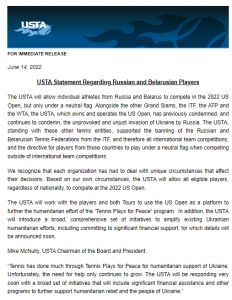