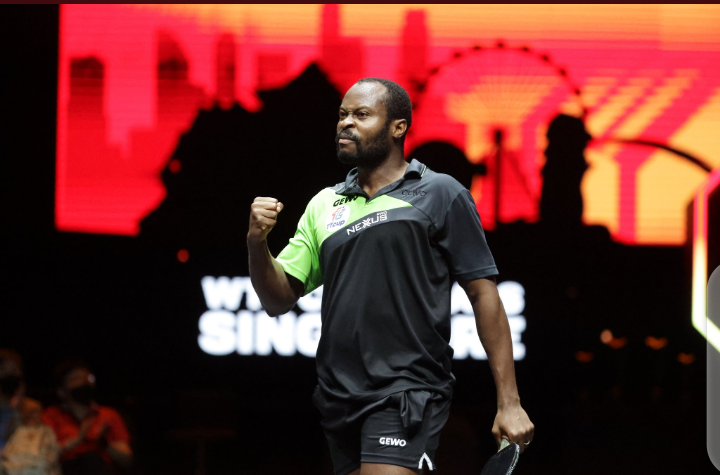 According to the ‘ITTF 2022 Table Tennis World Ranking’ issued on Tuesday, Aruna is the first African and black player to be ranked in the top ten.

According to a statement released by the World Table Tennis (WTT), the King of Africa has finally made it into the Top 10 in the world after a lengthy wait.

“Aruna has truly been mister consistent in both his performances and his participation.

“The Nigerian has spent the last year notching up a string of finishes inside the top eight, while being one of the most active players on the WTT scene,” the statement partly read.

“It has included sensational headlines such as taking out China’s rising stars in succession at the 2022 WTT Star Contender Doha and a quarterfinal appearance at the World Table Tennis Championships Finals.

” It looks like the 33-year-old is just getting started.”

Egypt’s Mariam Alhodaby, who is rated 40th in the women’s list, is the highest-ranked African female player.

Nigeria’s Offiong Edem is the country’s highest-ranked woman, coming in at 89th place after moving up ten places.