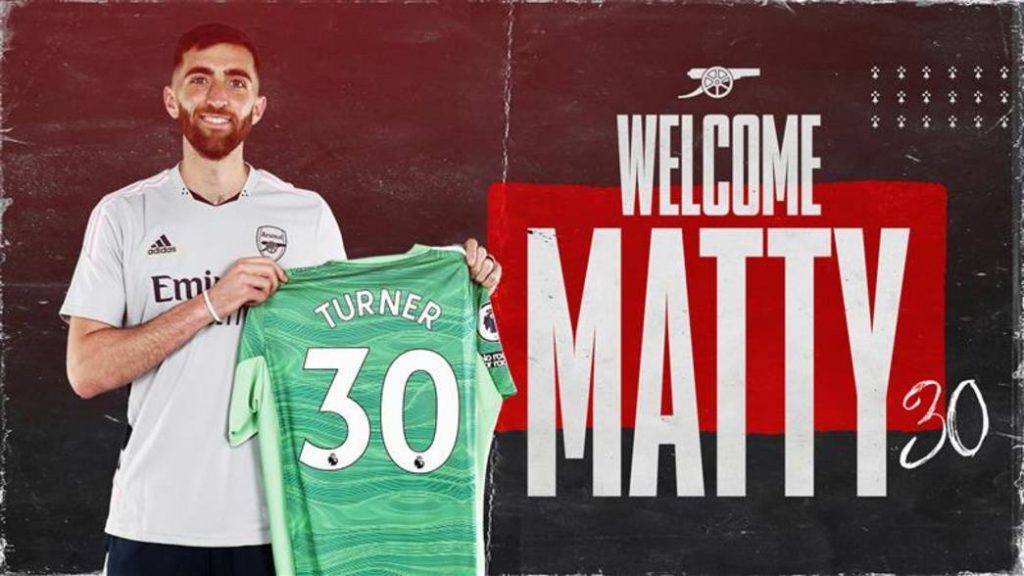 The Gunners have confirmed the signing of the 28-year-old American international who has 18 caps.

Arsenal boss Mikel Arteta has described Turner as an experienced player who will add value to the team.

“Matt is an experienced goalkeeper who will bring high quality to our squad. He has shown with his performances in recent years in both the MLS and at international level with the United States that he is a goalkeeper who will give us added strength going into next season. We welcome Matt and his family to the club and we look forward to working together in the years to come,” he told the club’s website.

Matt will wear the number 30 shirt and will complete for the first choice jersey wih Aaaron Ramsdale and Bernd Leno.

Arsenal are busy on the transfer market and are set to complete the transfer of Gabriel Jesus from Manchester City.