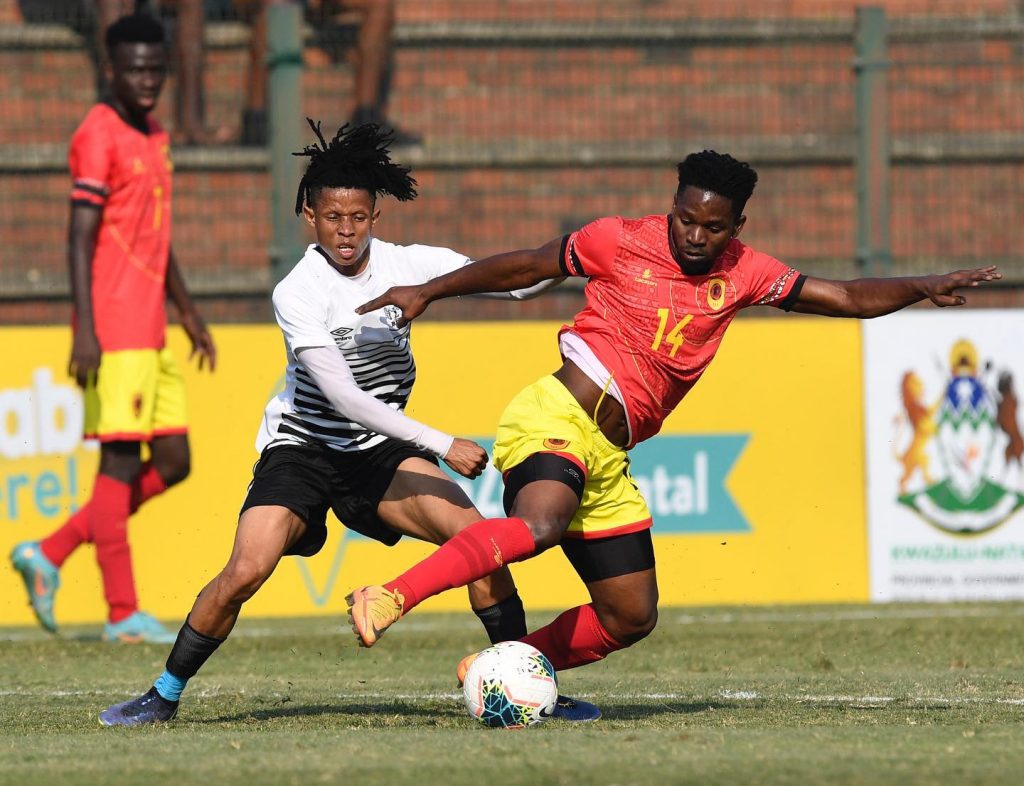 Botswana beat Angola 1-0 to hand the Palancas Negras their first loss of the Hollywoodbets Cosafa Cup on Saturday in South Africa.

Goitseone Phoko scored Botswana’s lone goal from the penalty spot in Durban in the Group A contest to set up a quarterfinal meeting with Zambia on Tuesday.

Angola defender Gaspar was adjudged to have handled the ball before Phoko converted from the dreaded spot.

In another decisive match, Eswatini eased past rivals Lesotho 2-0 in a group B match at the King Zwelithini Stadium.

Sandile Gamedze scored off a rebound from Lesotho keeper before Sabelo Ndzinisa added the second goal after beating the offside trap.

Lesotho finished the game with 10 men after a red card for defender Rethabile Rasethuntsa with seven minutes remaining.

On the same day, Madagascar shall date Namibia at the same venue whereas South Africa meet Mozambique in another quarterfinal.

In a dead rubber match for Comoros beat Seychelles 2-1.