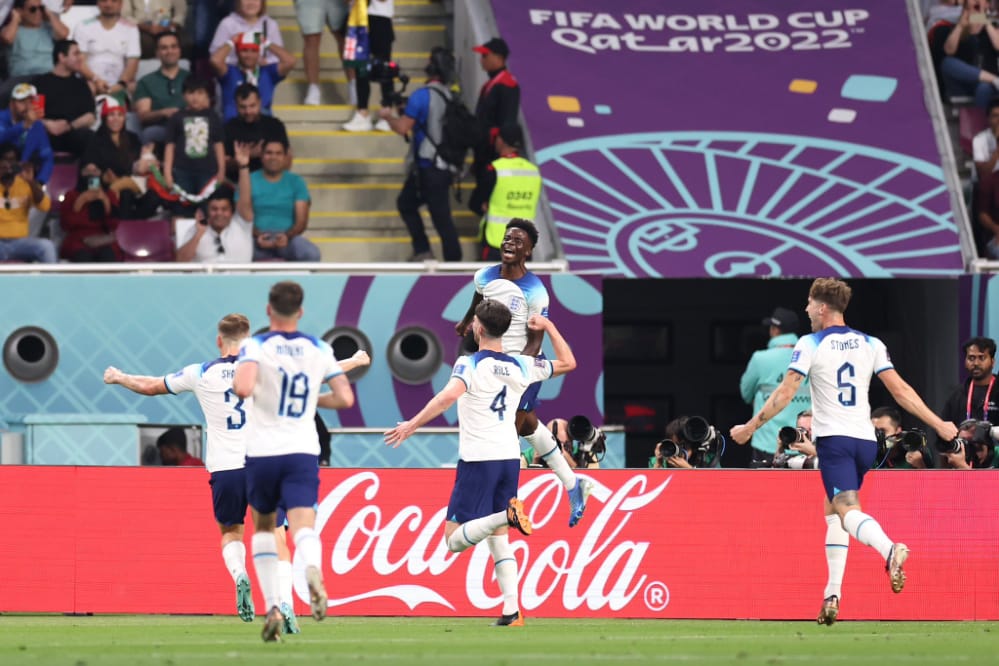 England made a glarin,g start to their World Cup 2022 campaign by humiliating Iran 6-2 with a brace from Arsenal starboy Bukayo Saka.

The Three LKions quickly get in the game atmosphere as Harry Maguire created a penalty chance inside 3 minutes of play.

However, the referee ruled it out after VAR checking. But it didn’t affect Gareth Southgate’s men.

The Three Lions completely took control of the game after that opener with Bukayo Saka (43rd) and Raheem Sterling (45th) making it 3-0 at break.

England built on what they did durin tge first half in the second stanza as Saka netted a brace in the 62nd minute.

Taremi reduced the scoring again for Iran in the additional time (103), but England comfortably won the game by 6-2.

The Three Lions will take on United States of America (USA) on Friday for their second clash at 19:00 GMT while Iran will be facing African champions Senegal.