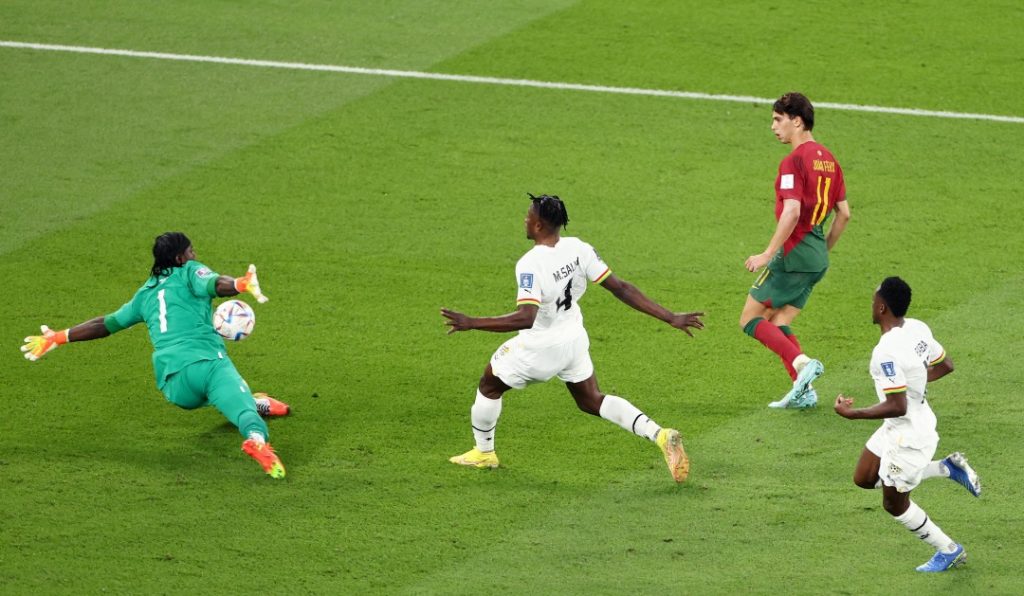 Ghana narrowly lose to Portugal in their World Cup 2022 first clash despite being the first African team to score in the competition so far (3-2).

The Black Stars did not show enough in the first half as the 5-3-2 scheme chosen by Otto Addo was too defensive with Andre Ayew and teammates being inactive most of the time.

However, the West African nation showed a completely different performance in the second stanza.

However, Portugal were the one to score as Cristiano Ronaldo converted a controversial penalty in the 65th minute.

But Black Stars defense was not in place and Joao Felix restored the advantage for Seleção in the 78th minute.

AC Milan star Rafael Leao made it 3-1 two minutes later. But Ghana came back with a powerful header from Osman Bukari in the 89th minute.

Black Stars could have snatched the draw if Inaki Williams scored from a ball he took from Portugal goalkeeper Diogo Costa in the additional team.

Black Stars will have to bounce back on Monday against Heung-min Son’s South Korea at 1pm.