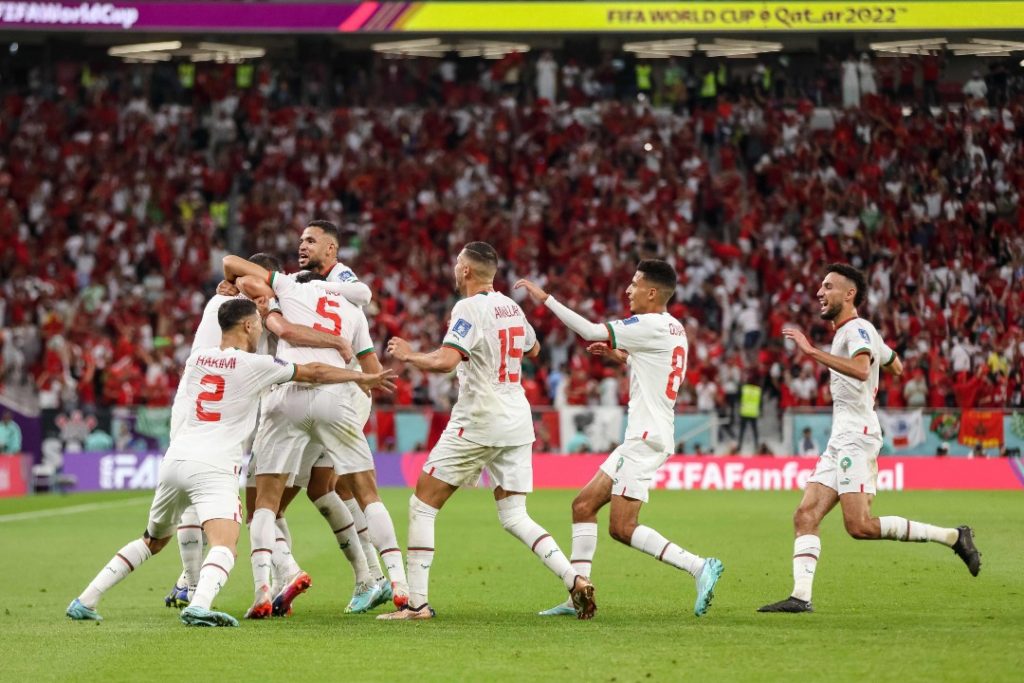 Morocco claims a convincing and historic 2-0 win over Belgium on Sunday on FIFA World Cup 2022 matchday 2 to revive their last 16 qualification chances.

Heroic Atlas Lions defeated Belgian Red Devils after a goalless draw during the first half despite Morocco being forced to change their goalkeeper Yassine Bono due to vertigo.

The North African country head coach Walid Regragui made some substitutions in the second half which paid off.

Abdelhamid Sabiri was one of them and he opened the scoring in the 73rd minute on a wonderful free-kick as he caught Thibaut Courtois sleeping.

Zakaria Aboukhlal scored the second goal in the additional time (90+2) and crucified Eden Hazard and teammates.

Thsi is the first time that an African team is beating Belgium in World Cup history. And Morocco will look for more when they face off with Canada on Thursday, December for a next round spot.