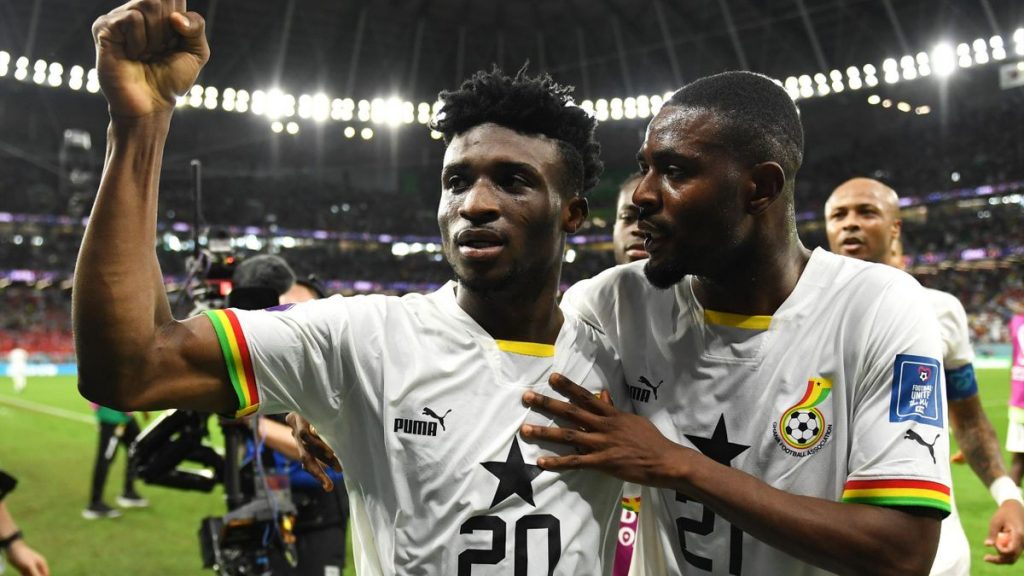 The Black Stars suffered a huge high pressing from South Koreans in the early minutes of the game.

However, they reacted very well by opening the scoring against the course of the match with Mohammed Salisu scoring on a corner-kick which has been not well defensed by Son and teammates.

That goal gave Ghanaians hope and strength especially to Mohammed Kudus who started a one-man show.

The Ajax Amsterdam Golden Boy doubled the lead for Black Stars in the 34th minute to help Otto Addo’s side lead by 2-0 at the break.

But Ghana’s defensive problems resurfaced in the second half when South Koreans showed a more offensive football.

They scored two goals in just three minutes and Cho gue-Sung was the man on target on both occasions (58′ & 61′).

Otto Addo changed the speech from the touchline and his message has been heard by the players on the pitch as they did everything to score a third goal.

And again Mohammed Kudus was the man to rescue Black Stars as he converted the second assist of Jordan Ayew in the game.

Ghana deservedly won the game 3-2 and will play a ‘final’ against Uruguay on their last group stage game in order to secure their place for the next round.