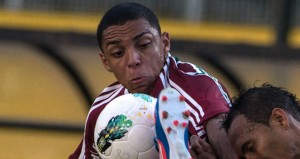 Chelsea today announced they had agreed terms to sign Fluminense full-back Wallace The Blues have long been linked with the £5m-rated 18-year-old, who will officially become their player when the transfer window opens but remain with the Brazilian club until the end of the season on loan. This is an information from Fifa.com.

The capture of the young full-back swells the number of Brazilians at Stamford Bridge to five. Wallace made his senior debut this year at the age of 17, going on to appear 18 times in the league for Fluminense’s first team, helping them to the Brazilian league championship, the Rio State League and the Guanabara Cup.

A Brazil U-20 international, he was part of the squad that won the South American U-17 Championship last year, and helped his country to a fourth-placed finish at the FIFA U-17 World Cup in Mexico at the same level, playing alongside new Chelsea team-mate Lucas Piazon.