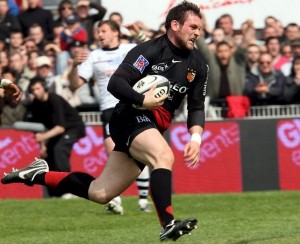 Virgile Lacombe will make the big difference next year. The hooker of Toulouse is leave the Top 14 for the southern hemisphere specifically South Africa.

His low playing time (seven Top 14 matches this season with Toulouse, none as licensee) is the cause of his departure.

Aged 28 years, Lacombe is leaving the high-Garonne club this 31 December, and will discover the Super 15. He should evolve in the colors of the new province of Southern Kings, on the recommendation of the former Springbok coach Nick Mallett: “I have heard very good information about Lacombe and I have no doubt that this is a player who has a standing to evolve in Super 15. Lacombe plays in Toulouse, a club of very high level, and he wants to play in Super 15, “said Mallett in the South African press.

Virgile Lacombe should engage with the Kings until July 2013.