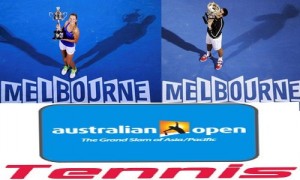 The premium for Australian Open is revised upwards. The organizers of the first Grand Slam of the season have decided to increase the bonuses granted at every turn. An increase that meets the claims of the council of players led by Roger Federer.

Suddenly, the Melbourne tournament becomes the one that distributes the highest amount per lap of the circuit. The first two rounds are those that know the highest increase.

Thus in the first round Men and Women, those who are now eliminated will pocket 29,000 dollars, an increase of 32.7%. Players eliminated from the second round will receive 45,500 dollars, which is a revaluation of 36.6%.
“Our motivation is to make a major contribution to help professional players to have a decent life”, says Craig Tiley, the tournament director. As we have said in the past, this is a real problem that must be addressed urgently. “