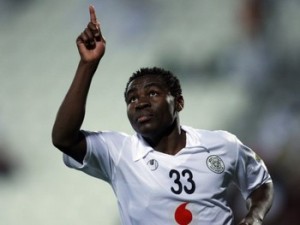 In November last year, the Reds announced that the former AshantiGold player was to train with the first team but that has since delayed.

Head coach Hossam Al-Badri will take a decision after watching him in training after the club for the second time confirmed the story.

Ahly have Dominique da Silva as the only foreigner on their books now after loaning of Oussou Konan to Saudi side Hajr.

Agyemang has been without since terminating his contract with Bulgarian side Levski Sofia.

The striker-cum-winger has played for Tunisian side CS Sfaxien and Al-Sadd of Qatar.

He was a member of the Ghana team which won the 2009 FIFA Under-20 World Cup in Egypt.

Agyemang was a silver medalist with Ghana at the 2010 Africa Cup of Nations.