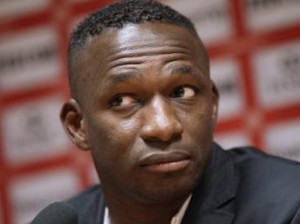 Emmanuel Adebayor is in the crew of Didier six for the 2013 Africa Cup of Nations, Mahamadou Diarra is out, and a late-minute change left Brown Ideye thrilled and Nigeria team-mate Raheem Lawal devastated.

It was all part of the drama as the 16 title challengers finalised 23-man squads on Thursday ahead of the January 19-February 10 tournament in five South African cities.

Tottenham striker and Togo captain Adebayor said last year he would shun the competition, citing security concerns after being part of the squad attacked in Angola ahead of the 2010 finals.

A player and an official were killed by separatists seeking independence for the oil-rich Cabinda enclave and Adebayor escaped injury by cowering under a bus seat.

As Tottenham, the Togo president and national football officials became involved in the saga, Adebayor refused to reveal his plans, and his inclusion became official only when the 23-man squad was named by coach Didier Six.

Perennial underachievers Togo are in the Rustenburg-based ‘group of death’ with title favourites Ivory Coast and other former champions Algeria and Tunisia and are given little hope of survival.

Mali, third last year and considered likely quarter-finalists after being drawn with the Democratic Republic of Congo, Ghana and Niger, suffered a late setback when Fulham midfielder Diarra pulled out injured. 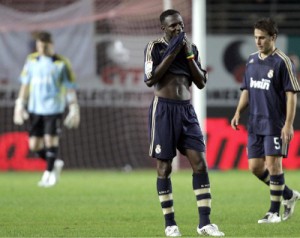 A recurring knee injury failed to heal, meaning the veteran will miss a second consecutive Cup of Nations, although the blow was cushioned by the return of another experienced midfielder, Mohamed Lamine Sissoko.

Turkey-based midfielder Lawal was included in a Nigerian squad leaked to the media a day before the final-squad deadline, only to be replaced by striker Ideye when it was officially announced.

Home-based players have traditionally been ignored by Super Eagles coaches, but Stephen Keshi has chosen six, including goalkeeper Chigozie Agbim and strikers Sunday Mba and Ejike Uzoenyi from Enugu Rangers.

Shock absentees from the 2012 tournament, Nigeria face defending champions Zambia and outsiders Burkina Faso and Ethiopia in Group C and are expected to make the knock-out phase at least.

Cape Verde face hosts South Africa in the January 19 opening fixture at the 90,000-seat Soccer City stadium in Soweto and also confront former champions Morocco and Angola in the first round.